In 2009, he won the GOP primary election against Gov. Chris Christie and more recently the Republican governor came to the county to officially endorse the U.S. Senate hopeful.

In Hunterdon, where some 33,200 registered Republicans more than double the amount of registered Democrats, Lonegan campaigned for signatures to run in the race that ultimately put him up against Newark Mayor Cory Booker.

And it’s possible the county can give him another boost.

Hunterdon County Clerk Mary Melfi (R) – after visiting her local polling place and speaking with workers – told PolitickerNJ Wednesday afternoon that polls in the county have “been busy.”

Melfi explained her “polling method” of predicting voter turnout by always visiting the ballot box between 2 and 3 p.m.

“That means to me it’s about 66 percent higher than normal,” she predicted.

Melfi said the bulk of voters usually hit the ballots between 5 p.m. and when polls close at 8 p.m. 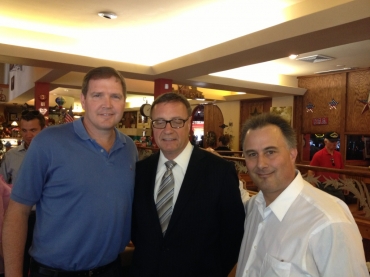