Insiders – some of them with ears ringing from past encounters – are coming together across party lines to block the return of former Bergen County Freeholder Rob Hermansen.

In his bid for a Mahwah Council seat in the Nov. 5 nonpartisan election, Hermansen must run through a blizzard of bipartisan mail denouncing him and promoting his opponent, fellow Republican Jonathan Marcus.

The common denominator in both candidacies in this heavily Republican north county town is the ubiquity of incumbent Republican Gov. Chris Christie.

He’s bear-hugging both men in their featured literature.

For Hermansen, there’s a longstanding relationship with the governor.

“There is no bigger fan of the governor’s than me,” he said.

“We gathered for a common cause: Jonathan Marcus,” a Marcus mailer boasts, and features a shot of the bipartisan group looking happily pro-Marcus on the flip side of the Christie-Marcus shot.

The typically outspoken Hermansen took the establishment gang-up in stride.

“Here’s the thing,” the former freeholder told PolitickerNJ.com. “They’re looking to cause problems. Let them try. This is a local election, and it has nothing to do with Gerry, Tracy Zur, or Holly Schepisi. I’m surprised any of them would get involved in a local race. Actually, it doesn’t surprise me. Why should it surprise me that Tracy Zur, who ran against me last year, is against me? Why should it surprise me that Holly Schepisi, whose candidate I beat last year, opposes me?

“Cardinale, come to think of it, does surprise me, because last year he pulled me aside and told me to go back home to become a councilman,” Hermansen added. “So here I am.”

The ex-freeholder said they’re allowed to endorse anyone they want.

“That’s the great thing about this country,” he said. “I am going back to those people in my town and I will find out if people of my town want me to return to the council. I’ve got a great record. Mahwah was the 15th lowest taxed town in New Jersey when I was on the council. I don’t run and I don’t hide.

“The people who aren’t standing by this year didn’t support me last year. These individuals – and I’m being nice to call them individuals – don’t have anything useful to say about local politics.” 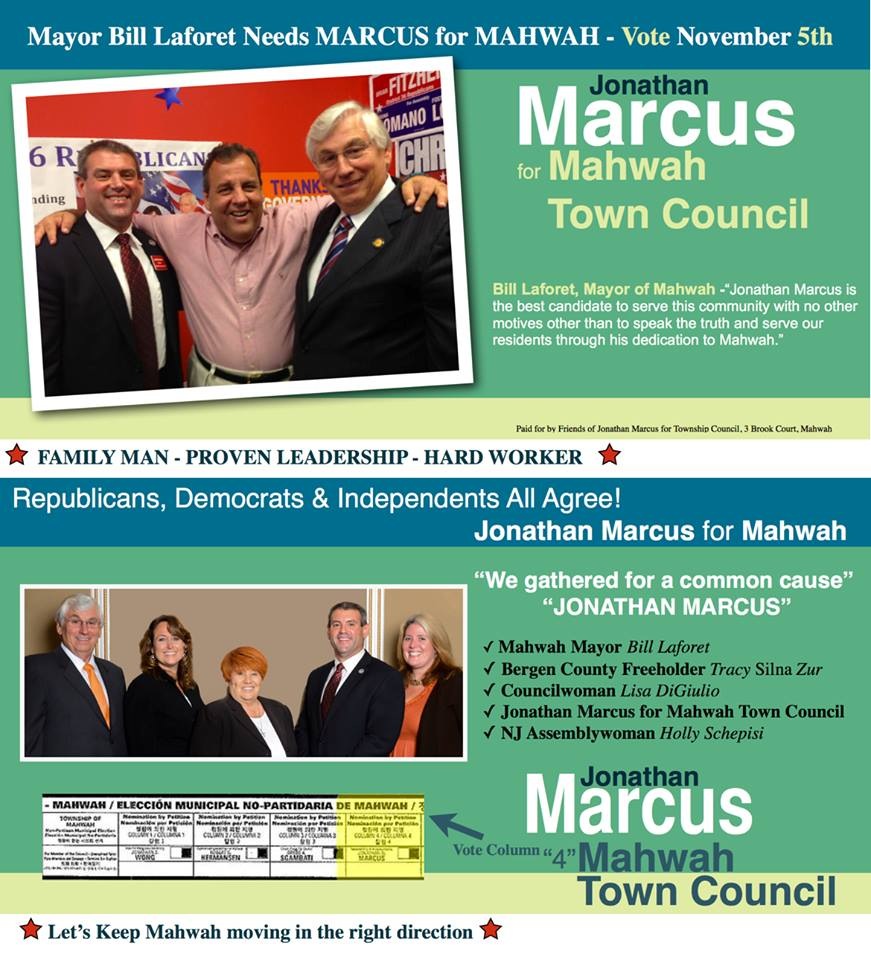