SOMERSET – Both parties brace now for the final days – for the unknown.

“I’m pretty sure Steve Fulop told us to vote for Barbara Buono,” Somerset County Democratic Chair Peg Schaffer said as the Jersey City mayor walked away from a podium last night in the Imperia.

There was hearty laughter amid the applause.

“Jersey City is the beacon of things to come in the Democratic Party,” Fulop had told the long suffering crowd of steak and potato-gorged Democrats here who can’t get a freeholder elected.

Now they face the added burden of a Republican governor at the top of the ticket who’s crushing his Democratic opponent.

Jersey City, as it turns out, is not a beacon of party purity so much as a minor GOP battleground where Christie senses opportunity. If Republicans don’t have to worry about yet another humiliation in Hudson County this year, that’s because state Sen. Brian P. Stack (D-32) has endorsed the Republican governor.

And while she hasn’t actually issued her backing of Christie, state Sen. Sandy Cunningham, (D-31), is a dear friend.

Fulop’s presence in the room felt more like 2017 traction building than a splash of 2013 Democratic Party war paint.

“It’s a weakened party, but it’s still our party,” said the mayor.

But there’s a real conflagration in Middlesex County in LD 18, with independent expenditures gobbling up airspace on both sides, and it’s only just the beginning, said veteran state Sen. Bob Smith, (D-17), Piscataway.

“What we have is a situation where independent expenditures are influencing school board elections, and the fact that those elections are in November makes them that much more attractive for IEs to get involved,” said Smith, working the tables at the Imperia.

In a Democratic district, the Middlesex County power broker has put $300K against his Republican opponent – just in case.

In neighboring LD 18, the Koch Brothers-backed Americans for Prosperity pump dollars in one side on behalf of the GOP, and the Fund for Jobs, Growth and Security muscle up on the other for the Dems; and no one claims to know anything about where, when and how the ads land.

“We have no knowledge of what they’re doing,” Assembly Minority Leader Jon Bramnick, (R-21), told PolitickerNJ.com by telephone.

“It’s out of control the number of IEs playing this year,” a Bergen Democrat groaned.

Standing on the carpet as Fulop departed, Smith said he is watching these last two weeks very closely to see if Republicans execute a sneak attack with a final frenzy of ad buys and engagement by organizations like the Republican Governor’s Association.

“It all depends on the degree to which independent expenditures engage,” said the Democratic senator. “Anything could happen.”

Like Smith, other Democrats in battleground districts worry about an all-out 11th-hour bombing run by the GOP, and doubt the power of their party to unite behind a counter attack, a source told PolitickerNJ.com. These are incumbents who have been running a steady course of bipartisan advertising who fear getting tangled in an even more horrendous two-week wave of national shock and awe.

Battleground Republicans have their own worries.

Much to the chagrin of GOP soldiers in South Jersey who wanted Gov. Chris Christie to engage more fervently on behalf of their candidates and party organizations, the governor continues to put his own re-election focus on romancing Democratic Party base voters in Essex and Hudson counties.

On Monday, his first foray into the 3rd District during this election cycle consisted of an appearance with Senate President Steve Sweeney (D-3) in a sign of bipartisan love. Today, he has on his schedule an appearance with Democratic Mayor John McCormac of Woodbridge.

Republican Party sources in South Jersey say the party, and specifically the women in the party running for office in what might have been more fiercely contested districts, are beginning to feel vaguely similarly to state Sen. Barbara Buono (D-18): abandoned by power, in this case the governor.

“Kean’s been a hero,” one GOP source said through gritted teeth, speaking on condition of anonymity, referring to the Senate Minority Leader (R-21), who’s putting resources into LD 1, 2, 3, 14, 18 and 38 in an attempt to pick off Democratic incumbents and build toward a GOP majority in the state Senate.

While Kean agitates in those districts, seeking a pointed collision with Democratic Party power, party members closer to Christie favored a battle strategy that didn’t put as much focus on 1, 2 and 3 and freed up more resources to play on the other districts in question, a source told PolitickerNJ.com.

“If you want to go after the king, you need to kill the king,” said a GOP source, irritated by the Senate minority leader’s ferocious assault on Sweeney. “Nothing in the polling ever showed that Van Drew or Whelan are beatable.”

But Kean’s closest allies disagree, and rather than complain about the governor’s strategy of presenting the cozier, more huggable side of himself in photo ops with the likes of DiVincenzo, Sweeney, Booker and McCormac, the Senate minority leader’s forces want to put challengers in position to capitalize on the 25- to 30-point margin Christie has over his opponent.

“If Kean picks up seats, he’ll look like a genius,” one source admitted.

If he doesn’t, and Sweeney and his minions survive and abide on a message of bipartisanship with the governor that outdistances the fury of independent expenditures, Kean could find himself in a weakened condition in his own caucus, a source said, at the mercy of members who will inadvertently suffer Sweeney backlash because the Senate president wants to punish Kean.

But that happens after Nov. 5.

For now, Smith said, “No one should take anything for granted,” and the Republicans agree. 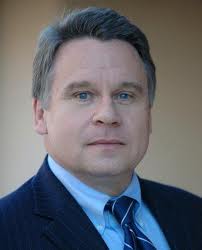