Then in 1993, I met a nice Jewish girl with E-cup breasts and I was off to the races. In 1995, I began work on my magnum opus, A History of X: 100 Years of Sex in Film, and from 1997 to 2007, I was able to make the majority of my living from blogging about the porn industry. I spent my days studying the Talmud in the early morning at Orthodox shuls and then driving to the Valley to interview the stars and directors of the other Hollywood. My life combined banging shiksas with study of the Hasidic masters. I couldn’t imagine one activity without the other. The shiksas were my cocaine and the Sfat Emet my valium.

My Christian family got so worried that they arranged for me to see a psychiatrist, who came back with the following report: “Luke has a personality disorder of the histrionic/narcissistic type. Luke is very dependent upon other people for his identity as a person. He has poor identity integration and poor self esteem. Luke is always looking for mirroring—it’s called ‘narcissistic supply.’ Luke is always looking for external validation of himself as a person (i.e., he needs other people to tell him who he is). However, because it is not possible for people to mirror him all the time, he gets disappointed and this can turn to envy. Luke may not be conscious of the fact that he is very envious of his family as they seem to have things he would like to have but does not have. This leads to him fluctuating between, on the one hand, devaluing people such as the family (putting them down) and on the other, idealization of people – such as [syndicated radio host] Dennis Prager.

“Luke tends to make unreasonable demands of people who are eventually driven to setting limits on him. Luke takes this very badly. The negative effects of his current behavior are that no one will have a long term relationship with him. People cannot live without getting something back – and Luke is always taking in without giving anything back. Second, any decent woman who looked at his website would be immediately repulsed.”

Tonight, June 13, 2012, for the first time, I am scheduled to give the lead share at my meeting. I have my speech down. I have sex-addicted friends coming to give support. I am the king of the world.

“Every day,” I reply, feeling miffed, but rush on, “It’s amazing to find out how much of my life has been perverted by my addictions. I’m going through the [program] book like it’s the Bible.”

Brad asks me if I’m seeing a sex addiction therapist. I say no, just a regular therapist at the low-cost place. She’s getting in her hours and I pay just $28 a session.

At my meeting that night, I found it intoxicating to share my story for 10 minutes with people who share my attachment disorder, and I go home feeling like taking the next step to a better life. If I’m going to talk the talk, I better walk the walk and leave my covenant with God unmolested (what the Breslov Hasidim call “shomer bris”).

For the next few weeks, I find it hard to sleep. I’m used to rubbing one out in the evening to my favorite erotic themes (such as “naughty teacher” or “casting couch”). In my fantasies, I’m the powerful one, and my excitement is usually proportionate to the degradation of my partner. That a teacher will risk her position in the community to get it on with me, that a married woman aspiring to become an actress will forsake her vows to get with me, that is porn-y heaven, and my frantic pumping is usually the most intense and pleasurable part of my disconnected life.

The more sex I got in my life (prior to quitting in 2010), the more I wanted it with a wider variety of partners in increasingly intense scenarios where the greatest pleasure for me was through imagining the greatest humiliation. When I get sober in 2012, the amount of time I spend each day thinking about sex drops below an hour (for the first time since I was eight).

“No,” I replied, “but that rings true. I had a girlfriend, Holly, who said to me, ‘Take out all your rage at women on me in bed.’”

He said: “The term relates to sexual intercourse but also how about you treat women. How you get them into bed. How you manipulate. It doesn’t have to be a reaction to the mother figure but it most often is. Men who are sexually compulsive, use women and throw them away, often felt squashed by their mothers. They felt powerless.”

Yes! Exactly! I fantasize about power because most of my life I’ve felt powerless. I tend to date accomplished women who want to surrender everything in the bedroom. For a while, it’s a great fit, but then they realize they could never marry someone as pathetic as me and they move on.

After getting the diagnosis of “eroticized rage,” I went home to Google the term and learned that it is a symptom of sex addiction. I take some online tests and find myself able to answer yes to more than 90% of the questions, at least for times in my life when I wasn’t really busy. So I decide to try a 12-step program and I keep coming back even though all the potential sponsors seem like Nazis.

Nine months in, I decided to regard my therapist as my sponsor, and I sat down in Starbucks and started working the steps on my own. The first three are easy. They’re just affirmations. There’s nothing to it.

While sipping my passion ice tea, I launched into step four, taking a complete and fearless moral inventory. That’s when I read, “As we looked at our current lives and at our past, we saw that virtually everything we did and everyone we knew was exploited to meet our addictive needs.”

No single sentence has ever so changed the way that I look at my life. I read that and immediately knew it was true. Despite my changes of religion and profession and geography, despite my psychiatry and medications and therapy, my tendency to use people and places to meet my addictive needs never changed.

I open my workbook and name someone I resent—my dad, the Seventh-Day Adventist preacher. Working horizontally, I listed in the second column what he’s done that I resent, such as the constant disruptions to my life caused by his Christian ministry. By listing the actions I hated, that’s already narrowing my resentment. It’s not the whole person I have a problem with; it’s particular acts. In the third column, I listed which part of my life he hurt. In the fourth column, I wrote out the role I played. As I performed this list with every person, place and idea I resent, I saw how I had consistently stepped on other people’s toes in pursuit of what I want. And they retaliated.

Some of my resentments were below my consciousness. They’re too deep to be erased by simply listing them. To heal my deepest rage, I have to pray every day for my tormentors to receive everything in their life that I want in mine.

And where has this left me? What is my life like without the tools that helped me cope through the decades? I look up from my keyboard to the mirror on my wall and I see a 47-year-old bachelor with sagging flesh, a please-accept-me-as-an-Orthodox-Jew beard, $45,000 in credit card debt, and garden-variety depression.

So, now we may perhaps begin. Yes? 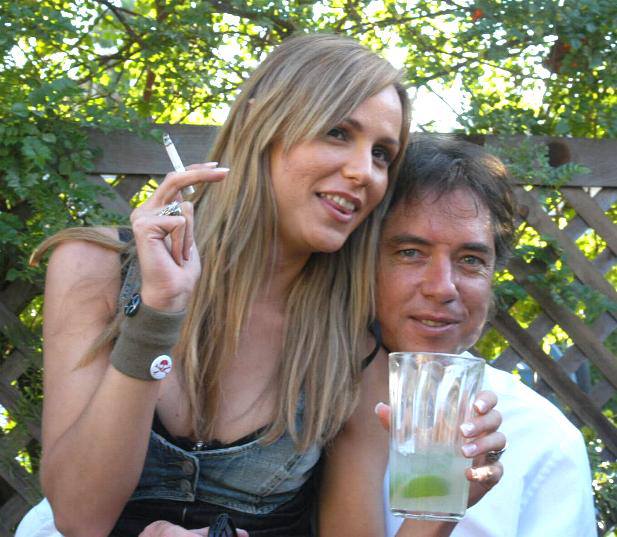