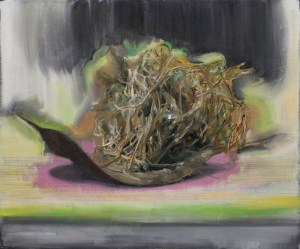 Milan’s Kaufmann Repetto Gallery has announced the first in a series of New York exhibitions, which will be “temporarily located” at the project space at Andrew Kreps Gallery at 535 West 22nd Street. “Future plans,” according to a release from Kaufmann Repetto, “are aimed toward the opening of a permanent gallery space in New York.” The first exhibition, which opens Nov. 9, will feature Italian painter Pierpaolo Campanini. The next show on the schedule will focus on the work of Judith Hopf and opens in February.

Mr. Kreps, who is married to Chiara Repetto (the co-proprietor of his new tenant), opened the project space when he moved into dealer Friedrich Petzel’s old gallery on West 22nd Street last May. The first show featured Hito Steyerl, which ran alongside the main gallery’s Christian Holstad exhibition.

“I was unsure initially about having this project room,” Mr. Kreps said, “But it’s actually become really fun. Surprisingly. The space just lends itself to having a separate little thing. We’re going do a couple projects there, and we might even invite others. I think that’s a potentially good thing to do.”