The gubernatorial poll showing Republican Gov. Chris Christie ahead by 26 points is hardly cold today when the question arrives in the ear of Senate Minority Leader Tom Kean, Jr. (R-21).

Is he going to be the next senate president?

The brawl he’s having with Senate President Steve Sweeney (D-3) got too politically bloody for even PolitickerNJ.com to cover some months ago, and it’s been in full swing ever since.

Sweeney has a 24-16 advantage in the state Senate. He also has GN3 independent expenditure cash pouring over allies like manna from Camden.

But Kean has the hopefulness of Christie coattails, even though no poll to date has shown that having an impact on the security zones of district-wide Democratic Party brand names.

The trouble, though, is that those Democratic incumbents are running lovey-dovey ads with Christie – proudly declaring bipartisanship as Kean’s candidates rail about any number of Dem defects.

Christie has Democrats in too wobbly a mood to be generous – or so say Kean’s confidants.

And so says Kean.

“Those coattails start to show themselves over the coming weeks,” the Senate minority leader promised. “We have positioned ourselves with the best possible candidates as well as significant resources.”

*He’s the Republican candidate for state Senate in LD38. 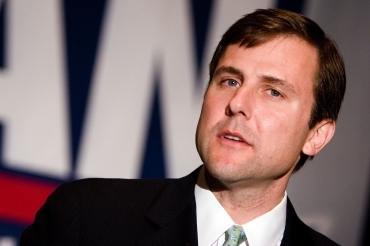