A previous Kean poll, released in late September, had the governor with a lead of 52 percent to 34 percent over his challenger.

The governor’s popularity is solidly bipartisan. Fifty-two percent of self-identified Democrats approve of the job he is doing, although fewer Democrats – about 35 percent – said they would vote for him. Christie’s bipartisan appeal contrasts with President Obama’s approval ratings, according to the Kean poll.

The survey found that only 16 percent of self-identified Republicans have a favorable view of the Democratic president.

The governor also is popular with independent voters. Fifty-two percent of those who are aligned with neither party said they would vote for Christie.

“The independent voters see Christie as somebody who can work both sides of the aisle, and that’s an important issue in an era of seemingly endless partisan bickering and dysfunction,” said Terry Golway, director of the Kean University Center for History, Politics, and Policy.

The survey shows that Buono has had a difficult time rallying her fellow Democrats.

Only 54 percent of self-identified Democrats said they would vote for her.

The Kean poll also asked respondents several non-election questions relating to national and state issues. The survey found that:
• 65 percent of respondents approve of the job Christie has been doing as governor;
• 46 percent of respondents said that if Christie wins re-election and decides to run for president, he should resign in order to campaign full time. Forty-three
percent said he should continue as governor while he campaigns.
• 62 percent approved of Christie’s decision to not challenge a court ruling that allowed same-sex marriage in New Jersey. Forty-seven percent of
Republicans supported the governor’s decision.
• Nearly half – 48 percent – blamed Republicans in Congress for the recent federal government shutdown. Only 13 percent blamed the White House.
• 39 percent of respondents – a plurality – said they were likely to move from New Jersey in the next five years. Of those, 46 percent cited high taxes as the
reason they would move.
• 40 percent said they were confident that Atlantic City would be able to reverse recent declines in gambling revenue resulting from increased competition and
a sluggish economy.

The Kean University poll was conducted on Oct. 28, and has a margin of sampling error of +/- 3 percentage points with a 95% level of confidence. 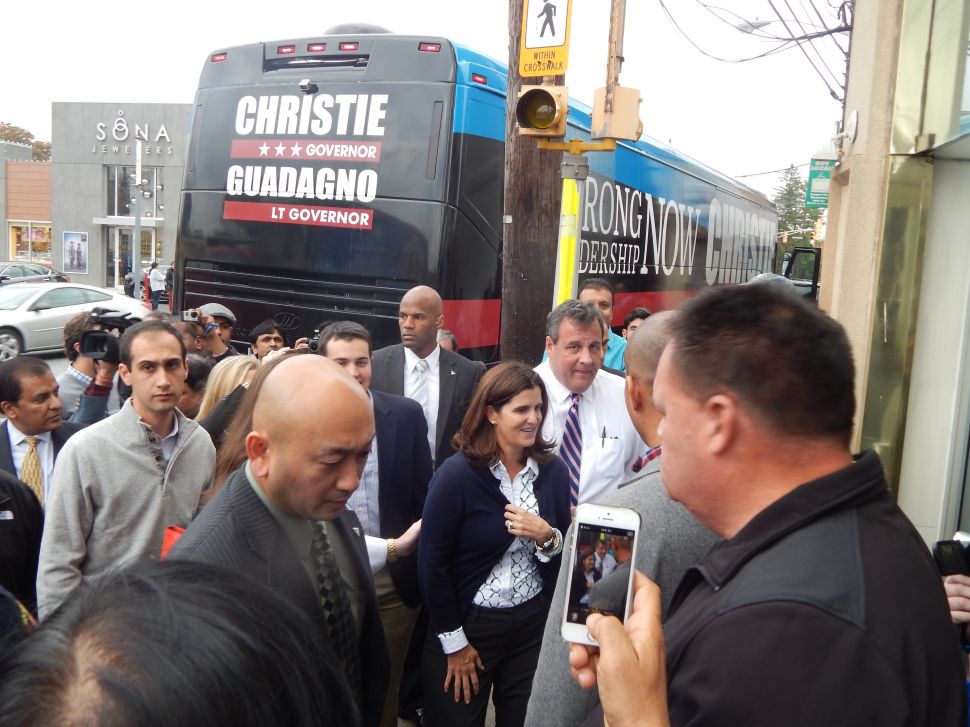