BRIDGEWATER – Moments ago former Bogota Mayor Steve Lonegan took to the stage in Bridgewater to the sound of cheers and applause and delivered the news to his followers.

Lonegan announced conceding the race to Newark Mayor Cory Booker shortly after the race was called for the Democratic mayor.

“Unfortunately, for whatever reason, the message that we delivered together … did not win the day,” Lonegan told a room of about 250 supporters.

“Moments ago I called Booker to congratulate him on his win,” he said to scattered boos in the crowd before lightening the mood with a joke.

“I said to myself, ‘Who wants that job anyway?’” Lonegan said to laughs.

The GOP contender gave a special thanks to Republican Gov. Chris Christie, who he said “was there in the beginning” and supported his campaign throughout.

Lonegan, who ran against Christie in 2009, said the governor did everything he could for the campaign “short of going door to door and putting up lawn signs.”

The former Bogota mayor graciously thanked his supporters who he referred to as the “giants” that carried his race to “near victory.”

He said he planned to return to the private sector.

“I think Steve ran a fantastic race,” he said. “He did extremely well.”

Doherty was one of only two state lawmakers spotted at the event. The other was Assemblyman Michael Patrick Carroll (R-25). 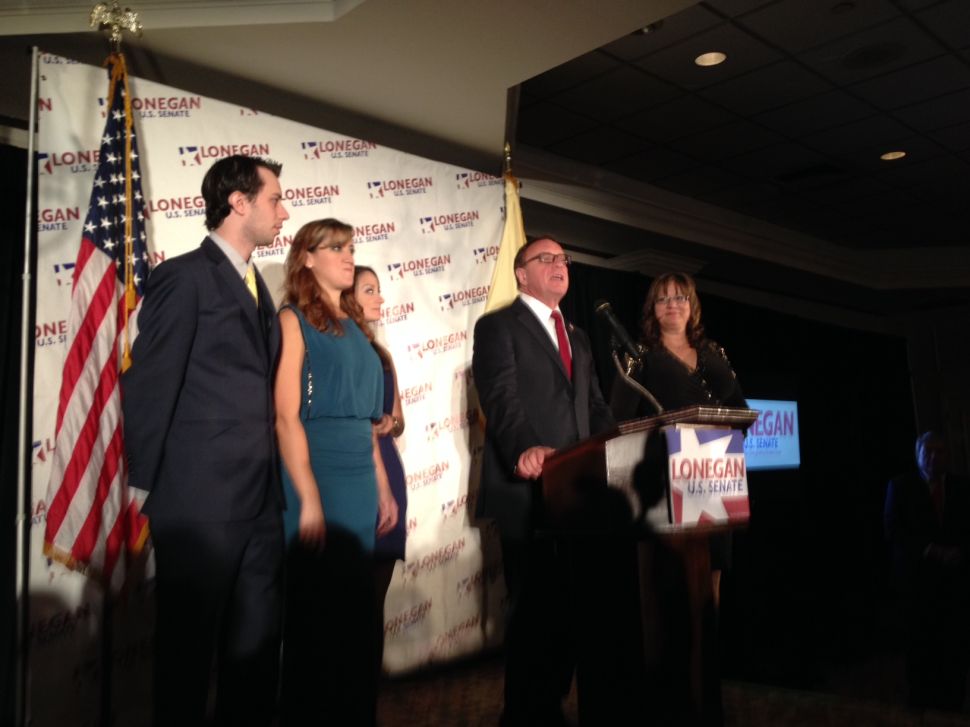