“The things we stand for are the values and principles of our ancestors, our neighbors, our friends, the people who go to work every day… going to the shooting ranges on Saturday, church on Sunday and work on Monday,” said Lonegan, who staunchly backs the Tea Party-led shutdown of the federal government.

“The nation tomorrow night will be rocked,” he added, vowing to paint in bold colors, not pale pastels.

The crowd of a couple hundred people loved it, sporting straw hats with “Lonegan” printed front and back and waving and shaking signs in support of the candidate.

It got loud on several occasions.

“The majority of those are Republican votes in Morris County,” he explained to cheers.

Standing above the crowd after a day of campaigning statewide, Lonegan trashed Booker as a celebrity-obsessed evader of responsibility whose loyalty is more to Jimmy Fallon and Matt Damon than the hard-pressed residents of New Jersey’s largest city.

“Yes, folks – bodies floating in the streets,” said the Republican, doubling down on his debate comment that Booker leads a city where murders are rampant.

“Do you have kids?” Pennacchio wanted to know. “Better to have the fight now.”

It was rumored that Webber might have run for U.S. Senate himself had the timing of the election been better, and now the possible future statewide Republican mounted the stage in support of Lonegan.

“We have a lot of problems facing our country,” Webber said, “and we have an opportunity to change that and have our voices heard. The eyes of the nation will be watching New Jersey tomorrow. And as we stand here today a spot where history was made 240 years ago, I ask you tonight, ‘Are you ready to make history tomorrow?’”

The remark was met with sustained applause. 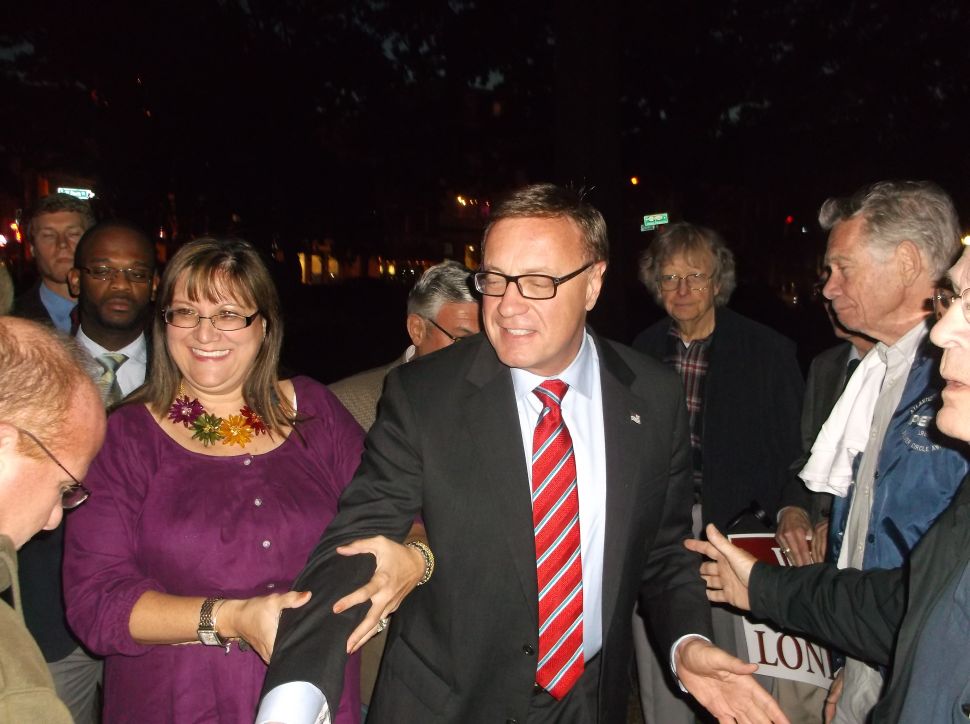