JERSEY CITY – Until the era of Gov. Chris Christie, Republicans didn’t have a good decade for press conferences here.

But Republican U.S. Senate candidate Steve Lonegan threw back his shoulders at a podium and spoke into the clear autumn air without the punishing reverberation of DPW engines.

“I thank Mayor Fulop for allowing us to come here today to have this press conference without being attacked by thugs and hoodlums,” said Lonegan, a nod to the sitting mayor, who supports Lonegan’s opponent, Newark Mayor Cory Booker, in tomorrow’s contest.

A day before Election Day, Lonegan was here to collect the endorsement of former Mayor Joe Rakowski, who over 20 years ago served all of four months in the days after Gerry McCann’s infamous jam-up.

“Cory Booker will do for America what he did for Newark,” Rukowski announced. “I’m asking all Democrats in Hudson County to vote for Steve Lonegan for U.S. Senate.”

The Tea Party-backed Lonegan’s press conference came a day after Fulop penned a column for Huffington Post in which he applauded, as a practical matter, the Affordable Healthcare Act for stimulating local government to help deliver healthcare to the poor and needy of his city.

“I do not repudiate the mayor – I just disagree,” said Lonegan, who decried what he described as the political influence of Obamacare and its furthering, in his view, of a welfare state.

Stepping up to the microphone, Rukowski agreed that Obamacare is a bust. 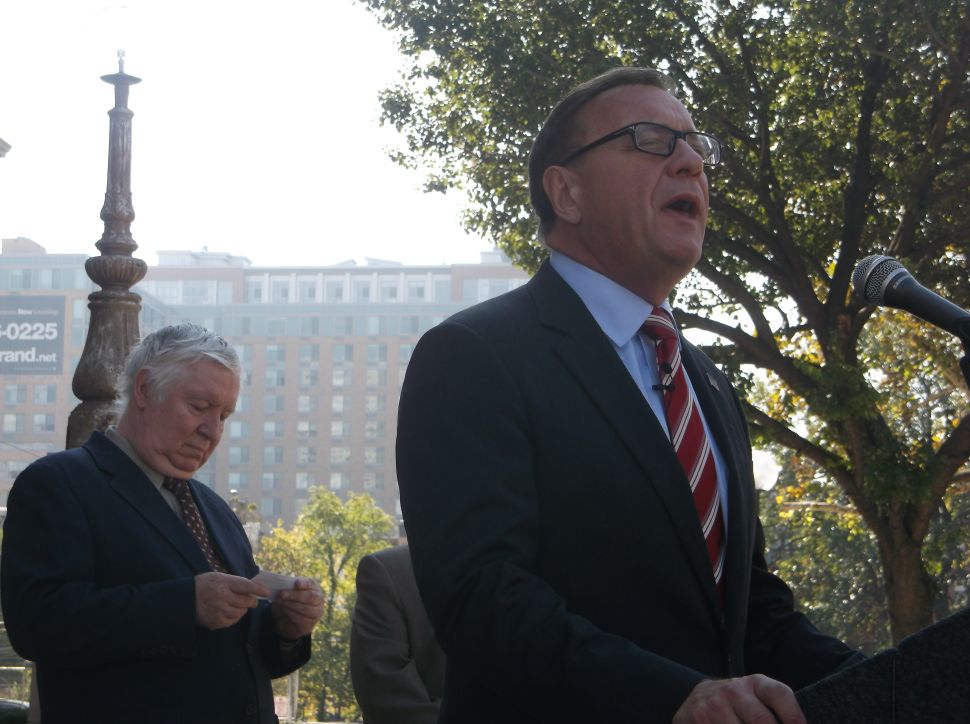