Something not-so-all-natural went down at a Manhattan Whole Foods Market on Sunday.

The NYPD has confirmed that two armed robbers stole $60,000 from the Bowery Whole Foods Market on the Lower East Side.

According to DNAInfo, a group of store employees were transporting the cash to the store’s second floor around 10p.m. When the elevator doors opened, the employees were met by a gun-wielding robber, who ordered them onto the ground. Another robber tied one of the employee’s hands behind his back, according to the Huffington Post. The two men then reportedly grabbed the money, exited the store through a service door, and ran south down Chrystie Street.

Still, rumors are abounding as to whether the robbery might have been an inside job.

A Whole Foods worker, whose coworker saw the culprits, told The New York Post that “[the robbers] ran from the receiving door which no one outside the store knows about…They know parts of the store that we only know.”

Police told The Observer they couldn’t yet confirm either way whether the robbery was an inside job.

The gunman was reportedly six feet tall, wore his hair in dreadlocks, and sported a brown coat. The other robber reportedly also had dreadlocks, and was wearing a black sweater. The police have asked that anyone with information call Crime Stoppers at 1-800-577-tips (8477).

Following the robbery, we expect the two thieves were able to purchase approximately two-and-a-half days’ worth of gluten-free flatbreads and carob powder. #WholeFoodsIsPricey 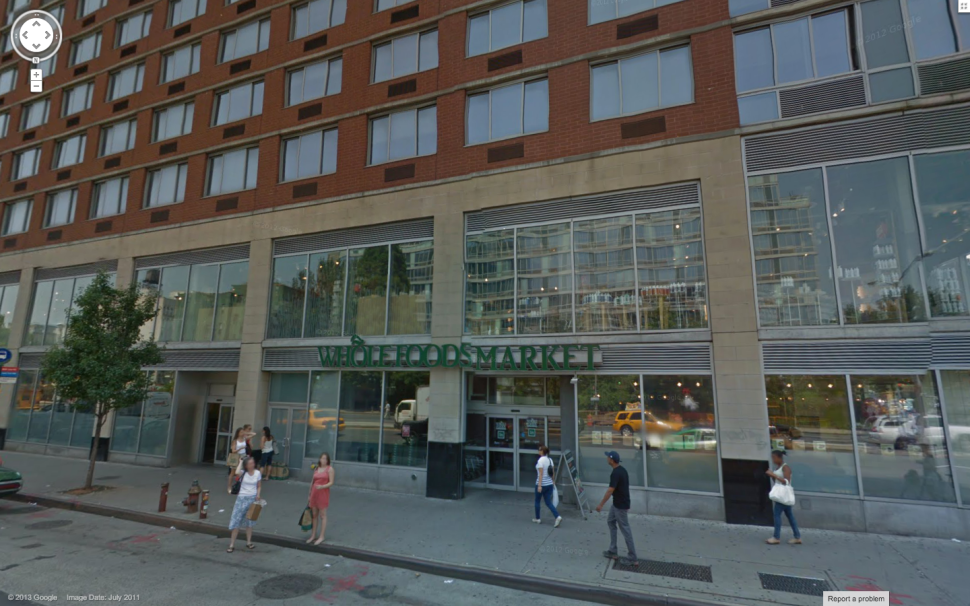