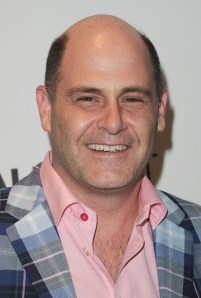 He recalled a Mad Men episode in which a group of employees sneaks into a partner’s office to get a closer look at his new Rothko painting. (“It’s like looking into something very deep,” says one ad man. “You could fall in.”) “There was some controversy in the writers’ room about the depth of that conversation,” Weiner said. Do people really have discussions like that, some writers asked? “They do in front of a Rothko,” Weiner replied.
— From The Art Newspaper, on his recent talk at the New Museum.