Democrat Cory Booker holds a 13-point lead over Republican Steve Lonegan in the race for U.S. Senate, according to this morning’s Monmouth University Poll, but voters say Booker’s ambitions are focused more on the national spotlight than serving New Jersey.

Booker holds a 53% to 40% lead over Lonegan among New Jerseyans likely to vote in the Oct. 16 special election, down slightly from the 16 point edge he held in polls taken in both August and June. The differences are within the survey’s margin of error.

Booker has solid support among Democratic voters (88%), while Lonegan musters support from 83% of his Republican base.  Independent voters give a statistically insignificant 46% to 40% edge to Booker.

“Monmouth University’s polls have consistently shown this race to be closer than most pundits thought it would be.  While Cory Booker’s lead is relatively sizable, many voters have doubts about his motives in seeking this seat,” said Patrick Murray, director of the Monmouth University Polling Institute.

The poll asked voters whether they think Cory Booker wants to become a U.S. senator more to be on the national stage or more to serve the state of New Jersey.  A 45% plurality say the national spotlight is the main attraction compared to 35% who say Booker’s focus is on the Garden State.  Another 12% say he is pursuing both aims equally.

“Statewide positive opinion of Cory Booker has been broad, but not necessarily deep.  It’s possible that Steve Lonegan’s attacks have caused many voters to reconsider their opinion of Booker, even if they don’t change their vote,” said Murray.

Lonegan is not as well-known as his Democratic opponent, but voter awareness has increased over the past few months, to 35% favorable and 28% unfavorable, with 38% having no opinion.  In prior polls, between 45% and 49% of likely voters had no opinion of Lonegan.  Since June, Lonegan’s favorable rating has held fairly steady – ranging between 31% and 35% – while his unfavorable rating has increased by 8 points.

The poll also found that 4-in-10 (41%) voters feel they know a great deal about where Cory Booker stands on issues that are important to them.  Another 36% say they have some awareness of his positions.  About 1-in-4 say they know not much (16%) or nothing at all (7%) about Booker’s positions.

Slightly fewer (36%) voters feel they know a great deal about where Steve Lonegan stands on the issues that are important to them.  Another 31% say they have some awareness of his positions.  About 1-in-3 say they know not much (21%) or nothing at all (12%) about Lonegan’s positions.

Turnout continues to be a big question in this unprecedented situation: a mid-October Wednesday election being held just three weeks before the regularly scheduled November election for governor, state Legislature, and a variety of local offices.  If given the choice of voting in only one of those two elections, 29% say they would opt for the special Senate election, which is up slightly from 26% in August and 23% in June.  This suggests that turnout in October could also have an impact on November’s election if more voters than anticipated decide to stay home for the second one. 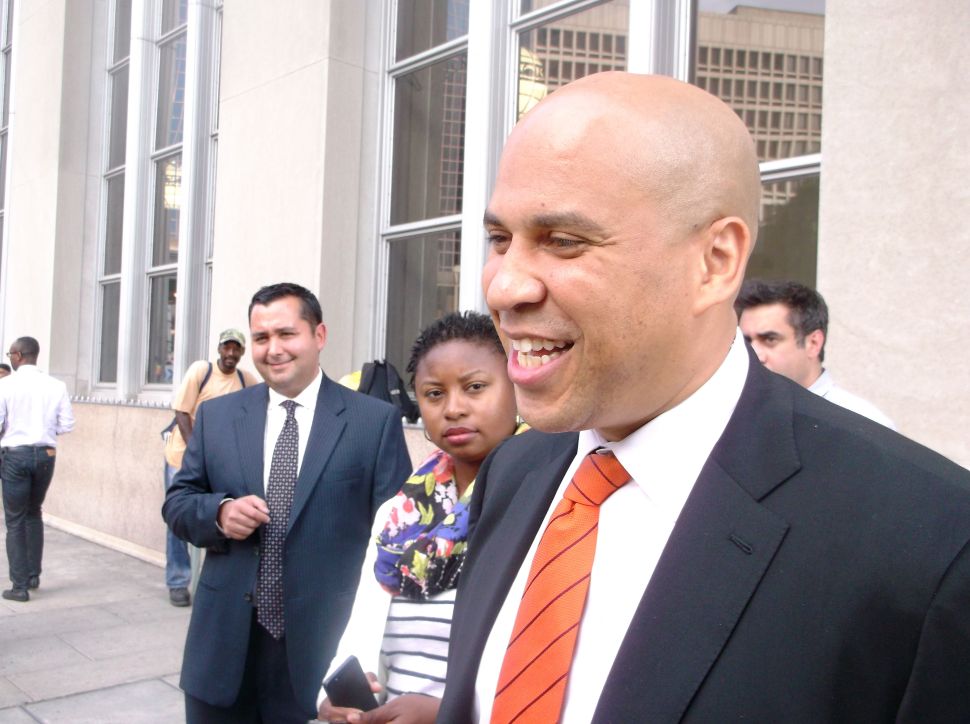