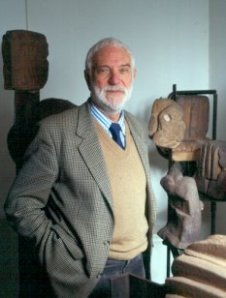 Anthony Caro has died. [The Guardian]

The BBC on Caro. [BBC News]

Cleveland Scene is reporting that David Franklin resigned as director of the Cleveland Museum of Art because a museum staffer that he was having an affair with committed suicide. [Cleveland Scene]

Australia’s most lucrative art prize goes to someone in prison. #australia. [The Australian]

“The Guggenheim in New York has received a second grant of $1.25m from the Andrew Mellon Foundation to study fabricating or remaking conceptual works of art in the Panza Collection.” [The Art Newspaper]

Here’s an interview with Artsy investor and former Google chairman Eric Schmidt, about art. [Artsy] [Disclosure: Josh Kushner, who sits on the board of Observer Media, is a major investor in Artsy]