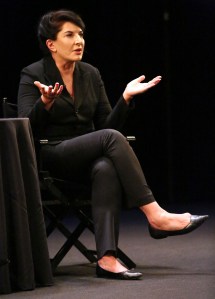 Vito Acconci and others weigh in on Marina Abramovic’s Institute plans. Mr. Acconci said that “he questions whether [performance art] should be done again at all, and that he wonders if building an institute to celebrate the medium even makes sense. “I think what she’s doing is turning performance into theater.” [NYT]

Suzanne Lacy’s Between the Door and the Street provokes discussion as planned (as well as some concern about compensation for participants). [NYT]

Girl With a Pearl Earring, last seen in New York in 1984, is coming to the Frick. [NYT]

Here’s an interview with Jerry Gorovoy. [The Guardian]