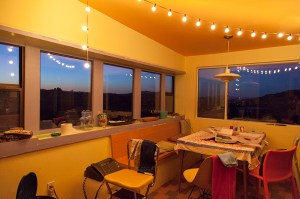 Adrian Searle comes out swinging for Tino Sehgal in this year’s Turner Prize competition. [The Guardian]

The story of the theft of paintings from Rotterdam’s Kunsthal last year grows richer, with the alleged criminal ringleader claiming that the looted works were actually fakes, which were displayed with lax security in order to pocket insurance money. [Bloomberg]

The Johannes Vermeer Award, which the Dutch government awards for contributions to the arts, has gone this year to Rem Koolhaas. It was a unanimous decision by the jury. [ArtDaily]

“The American Pop artist Jim Dine is due to present a promised gift of several hundred prints and a number of portfolios, dating from the early 1960s to the present day, to London’s British Museum.” [The Art Newspaper]

“Félix González-Torres 1991 billboard work showing the artist’s rumpled bedclothes will be shown in 12 locations around New Jersey next month for an outdoor-only exhibition organized by the Princeton University Art Museum.” [The Art Newspaper]

Greg Allen on a wonderful four-part Félix González-Torres monochrome, which was new to me. [Greg.org]

On a related note, I’m getting pretty excited for “Macho Man, Tell It To My Heart: Collected by Julie Ault” at Artists Space. It opens the evening of Nov. 23. [Artists Space]

“The New York Times profiles Hollywood producer Jason Blum who is redefining the economics of the film business all because he’s haunted by the success of his own father. Seriously.” (He’s the son of legendary L.A. dealer Irving Blum.) [Art Market Monitor on
The New York Times]