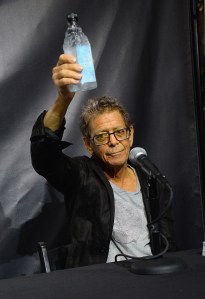 There are big problems with China’s art market, reports the Times: “Indeed, even as the art world marvels at China’s booming market, a six-month review by The New York Times found that many of the sales—transactions reported to have produced as much as a third of the country’s auction revenue in recent years—did not actually take place.” And let’s not forget all the forgeries. [NYT]

“The 16-day federal government shutdown cost the Smithsonian an estimated $2.8m in lost sales and around 800,000 visitors, according to a statement from the institution.” [The Art Newspaper]

On the Jan Krugier collection, coming soon to Christie’s. [WSJ]

Some in Russia are not so happy about Sylvester Stallone’s upcoming 40-year painting retrospective at St. Petersburg’s Russian Museum. “If my visit is a challenge for somebody, let it be so,” Sly said. [The Independent]

“Alex Jovanovich on ‘The Occult Humanities Conference’ at NYU.” [Artforum]

Sixty start-ups will move into a space the New Museum is opening next door to its home on the Bowery. [The Art Newspaper]

And a new genre is born: The Guardian on “Glitch art.” [The Guardian]