Hudson County Freeholder Jose Munoz hears the backroom chatter on this side of the doors to the rooms occupied by powerful men, where he once sat up until the days of the trial of Mayor Felix Roque.

“They’re trying to get rid of me,” Munoz said, referring to the Hudson County Democratic Organization (HCDO).

Munoz recorded Roque and now faces expungement ahead of the 2014 election.

“You know how Roque’s attorneys said at the trial that Hudson County is like a shark tank? Because I am trying to fight corruption, they now want to get rid of me,” said the man who anonymously built a website and Facebook page around trying to rid West New York Town Hall of Roque. “It really shows what Hudson County is about. I hope the people do not embrace a candidate supported by Felix Roque.”

Munoz doesn’t like his chances for winning the line after losing the courtroom duel with the excitable Roque, an off-the-reservation mayor whose victory over Munoz now puts him in a better position to hit the cigar bars with the men who once embraced Munoz.

“Yes, I want to stay as a freeholder but as of right now, it’s a little tough,” he admited. “I’m waiting to see what happens. I’ve got to see how everything plays out, but, yes, if the election were tomorrow, without the organizations support and funding my chances are low. Let’s see how it plays out.” 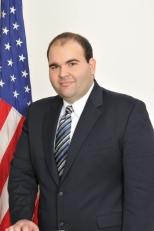