MONTCLAIR – It didn’t take long for tempers to flare up during Tuesday’s gubernatorial debate.

It started with Sen. Barbara Buono, carried on with Gov. Chris Christie and ended with a rowdy member of the audience that had to be ejected from the Montclair State University’s theater where the second and final gubernatorial debate was held.

Debate moderator Mike Schneider began the exchange when he tossed his first question to Buono.

Schneider, pointing out Buono’s inability during the campaign to rally some fellow Democrats, asked the state senator to tell viewers how they can expect she would lead the state if she can’t lead a party.

Buono pounced on the GOP incumbent governor, accusing him of “bullying and bossism” big players in the state around and intimidating them into supporting his campaign. Then she mentioned Essex County Executive Joe DiVincenzo directly.

“You know what governor,” Buono said to Christie after rattling off the alleged Election Law Enforcement Commission campaign spending violations against the Democratic power broker, “You can have that endorsement.”

Christie wasted little time in looking back at Buono and responding.

“I’m proud to have his endorsement and you wish you did,” said Christie, criticizing her for having “a significant amount of nerve” because of her prior support of former Middlesex County Sheriff Joe Spicuzzo, who pleaded guilty to bribery.

“You want to start throwing stones tonight you better get out of your glass house,” Christie said pointedly.

The governor’s response spurred a response from the crowd at Montclair.

Schneider and the unidentified person in the audience went back and forth before the person was ejected from the audience.

But the conversation about political bosses in New Jersey didn’t end there.

Later in the debate, panelist Brigid Harrison asked the governor how he can consider having “turned Trenton upside down” since taking office considering the amount of work he’s done with political powerbrokers.

“In the end everybody, people talk about bipartisanship but they don’t know how to do it,” Christie said after listing his accomplishments that required votes in the Legislature from both Republicans and Democrats.

“The governor is part of the problem,” she exclaimed, adding political bosses in the state dread the idea of Buono being governor.

“I wasn’t elected to serve their narrow political and business interests,” she said. “I’m here for the middle class and the working poor.” 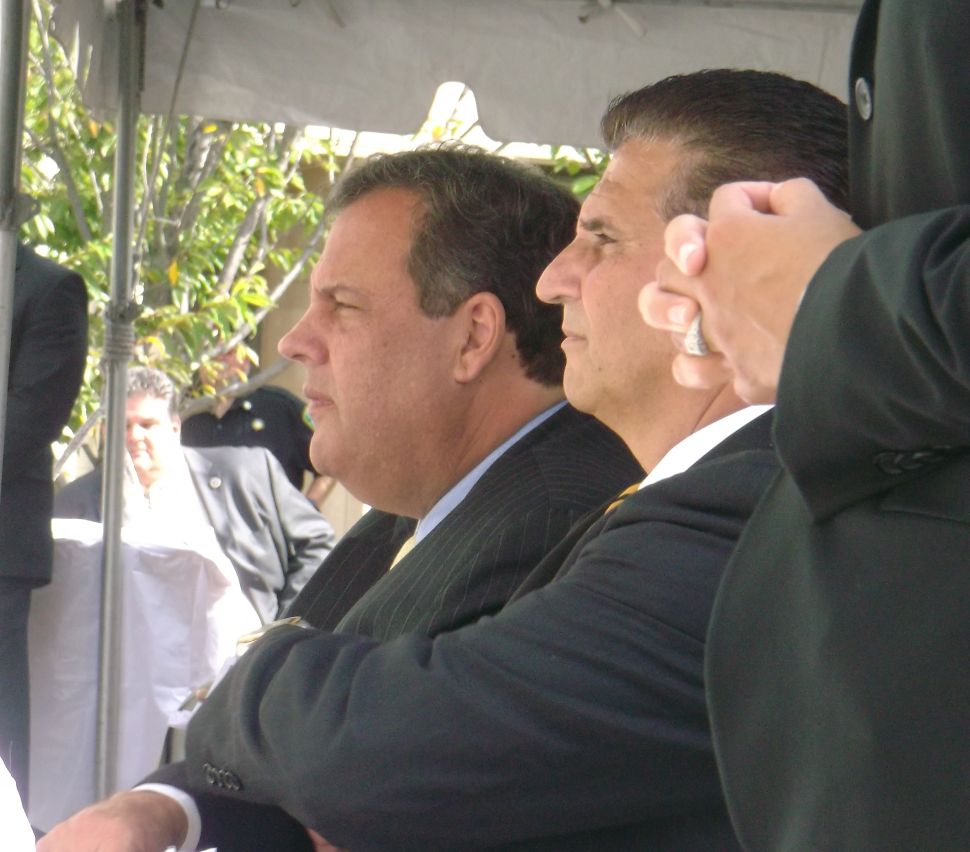