“Yeah, I’m a right wing radical,” Lonegan says at the beginning of Booker’s ad, and the Democrat proceeds to enumerate what that means.

“New Jersey,” says a grinning Booker, “we’re better than that.”

Lonegan would privatize Social Security, shut down government and ban all abortion.

“Too extreme for New Jersey,” is the conclusion in the ad, as Booker promises to raise the minimum wage, take on the gun lobby and combat child poverty.

“Let’s come together and get things done,” Booker says in the ad, which landed on the day a Monmouth University Poll shows the Democrat leading his opponent by 13 points.

Lonegan has closed a gap identified earlier in the contest by most polls.

The Republican former mayor of Bogota is today campaigning throughout the state with Texas Governor Rick Perry. 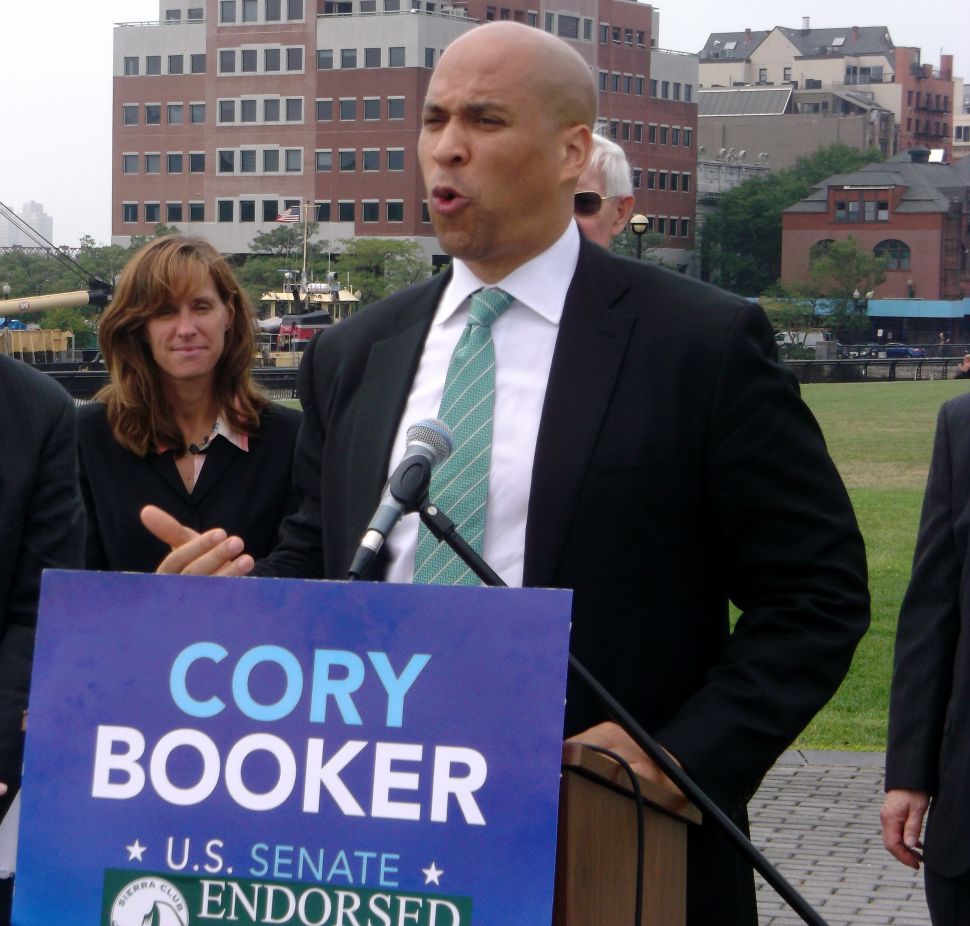