Fall seems to be makeover season for the city’s top news sites.

September alone saw the redesigns of Slate and The New York Post, and this morning, New York Magazine announced it was joining the renovation club.

“The nymag.com home page is the most important page across New York Media’s websites, both in terms of audience and advertising,” digital media general manager Michael Silberman said in a statement. “The new page maximizes what worked on the previous design, while better highlighting our most popular content, including Vulture TV recaps and stories that are taking off with readers. We think this design will feel more like an evolution than a drastic change.”

The new site, created with the help of focus groups and user feedback, is designed to improve navigation and encourage readers to view more content—so no more skimming, you guys. The official announcement boasts that “roughly 40% more users scrolled below the fold in testing.”

And because it’s 2013, the new site will be better at adapting to whatever device you’re using to read it. It’ll also make it easier for readers to share content on social media. 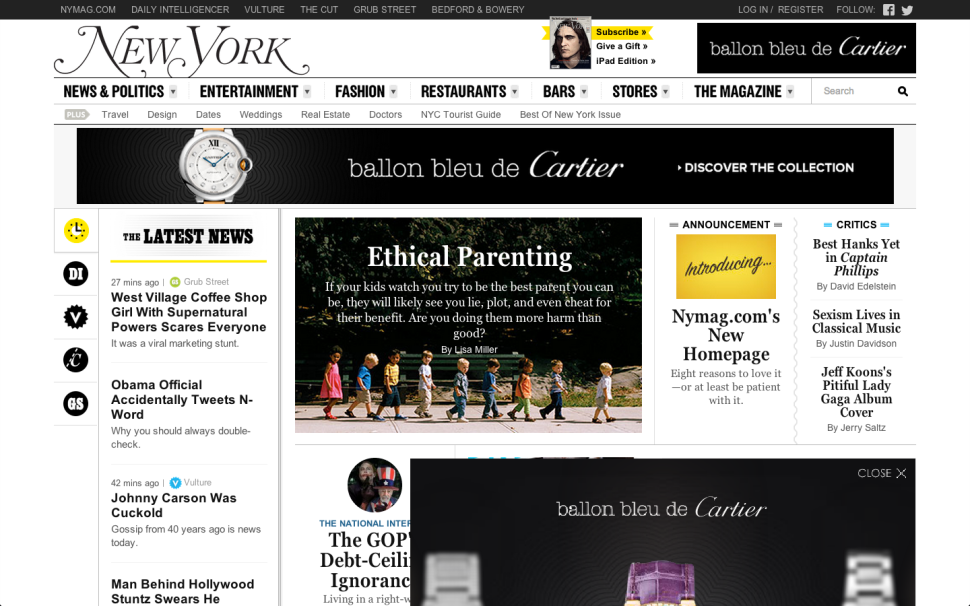