In a video posted on Newark Mayor Cory Booker’s campaign website, the president asks voters to pledge their support for the Democratic mayor as he battles Republican Steve Lonegan for the open Senate seat.

“Cory Booker has spent his entire life bringing people with different perspectives together, regardless of party, to take on tough challenges,” Obama says in the video.

“Take it from me,” he continued, “Now more than ever before, that’s the kind of leader we need in the Senate.”

The video comes just days away from when voters will head to the polls “on an uncommon election day,” Obama says.

The latest poll has Lonegan trailing the Newark mayor by 10 points. 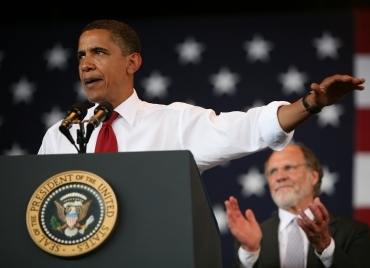