“She told me she wants to run again and sought my support and I told her she has my support,” Green told PolitickerNJ.com.

Oliver and Green had a conversation about a piece of amended legislation that recently irked Green.

Green, who doubles as the chairman of the Union County Democratic Committee, was upset with the final version of the Economic Development Bill. Specifically, he was irritated with former Assemblyman Al Coutinho (D-29), Newark.

Oliver told Green she understod his frustration, and Green maintained that he didn’t blame her and he continues to support her for speaker.

“I see Vinny Prieto as jockeying right now,” Green said. “Until I hear Sheila is not running, she has my support.” 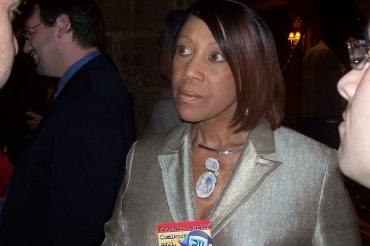