Gone are the days of Pokemon battles in-between class, Rainbow Loom bracelets have arrived in New York schools with a vengeance.

“It’s an addiction,” Eve Litwack, principal of Park Slope’s P.S. 107, said of the woven rubber band bracelets. “It was like the kids couldn’t live without it. It was just getting to the point where it was really crazy.”

Ms. Litwack claims that the obsession had gotten to the point where students would rather spend their recess making bracelets rather than running around on the field. Kids who have more extensive kits are also teasing those who don’t, she said. That’s why she made the drastic decision to ban them all together.

The P.S. 107 ban comes just a week after an Upper West Side school also outlawed the bracelets because, said school administration, kids were fighting over them. The students at P.S. 87 can’t even wear their Rainbow Loom creations to school anymore.

But, have you seen these things? Like, really looked at them? They’re more intricate than any iOS enabled screen can recreate. So what if I’m already spamming #armcandy on Instagram? My Rainbow Looms are my voice and my voice will not be silenced.

But don’t worry guys, I’ve already spent all morning brushing up on my fishtail technique. And once I get the zippy chain pattern down, you’ll all get one of those too. Wh-what? Of course you want them! Don’t be silly. What’s that look for? Haha, no, that’s definitely not 20 colors of rubber bands in my purse… 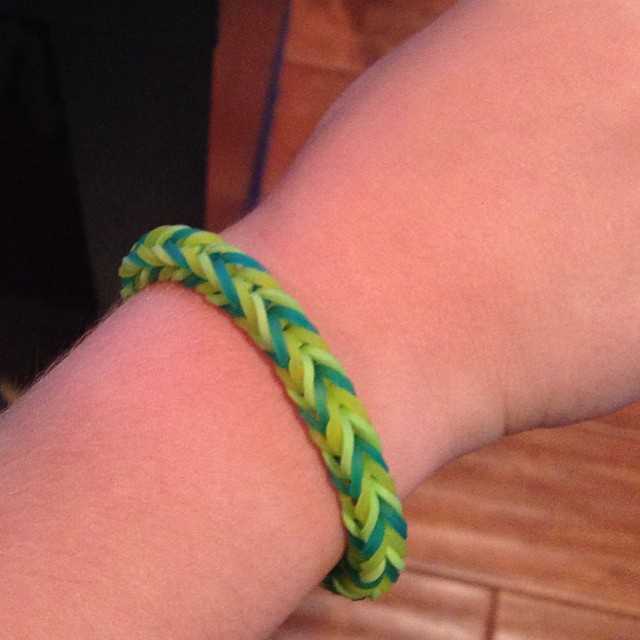