Mark J. Bonamo, PNJ Political Reporter. Bonamo has worked as an editor and staff writer for the Hudson Reporter, North Jersey Media Group and NJ.com and has contributed to many other publications, including the Star-Ledger, the Record, the Philadelphia Inquirer, NJ Spotlight and Chilltown NJ Magazine and to the WBGO Journal radio news program. He has written extensively about issues affecting New Jerseyans, including corruption in Bergen and Hudson counties and the impact of Hurricane Sunday on Monmouth County.

Bonamo has received numerous awards for his work, including first place in both the New Jersey Press Association and New Jersey Society of Professional Journalists contests. In 2011, his work for the Hackensack Chronicle, a North Jersey Media Group publication, was submitted for consideration to the Pulitzer Prize committee.

Today marks his first official day as a PolitickerNJ.com reporter. 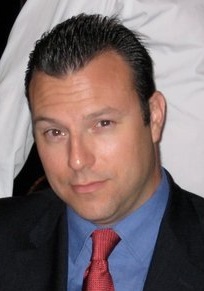