New Jersey’s registered voters give incumbent Republican Gov. Chris Christie a favorability rating of 61%, versus 28% of respondents who view him unfavorably, according to this morning’s Rutgers-Eagleton Poll.

The poll shows that the incumbent governor’s overall job grade and approval are strong: 60 percent grade the governor B or higher and 67 percent approve of the overall job he is doing.

Voters remain persistently negative, however, toward Christie’s efforts on what they perceive as the two most important issues facing the state, the economy and taxes. Only 42 percent approve of his handling of the economy and jobs, which more than a third say is the biggest problem facing New Jersey. Similarly, 38 percent approve of his performance on taxes, the top problem for 25 percent. But, as earlier polls have found, Christie’s overall support is not hurt by disapproval on specific issues.

Christie continues to benefit from Democratic challenger state Sen. Barbara Buono’s lack of a statewide profile – 43 percent of respondents have no real impression of her. Among those with an impression, negative views now outweigh positive, 29 percent to 28 percent, a seven-point increase in negative ratings since early September. This slippage reflects Christie’s continued and mostly unanswered TV ads attacking his opponent.

“For a major party challenger, Sen. Buono has had very low visibility throughout this campaign,” said David Redlawsk, director of the Rutgers-Eagleton Poll and professor of political science at Rutgers University. “Her lack of resources and unwillingness of many Democratic leaders to promote her have hampered her messaging. Christie could have been vulnerable on the issues voters care about, but not without the presence of a visible, viable alternative.”

By way of contrast, 58 percent mostly see Christie as a moderate (58 percent) or somewhat conservative (22 percent), suggesting he has effectively positioned himself in the middle of the road. Only five percent of registered voters are unable to assess Christie’s ideology.

Results are from a poll of 799 registered voters conducted statewide by live callers with landline and cell phone households from Oct. 7-13. The poll has a margin of error of +/- 3.5 percentage points.

Ninety percent of Republicans and 68 percent of independents fuel Christie’s high favorability. However, as the campaign winds on, Democrats are increasingly negative: the governor’s favorability dropped five points in a month to 38 percent while his unfavorability rose two points to 49 percent.

Also, Democrats’ disapproval of the incumbent’s overall job performance fell three points to 46 percent. Independents, however, are increasingly approving, showing a four-point rise to 74 percent. Nearly all Republicans – 91 percent – approve generally of the job he is doing, and his job grade is slightly higher.

“Democrats have become less enamored of the governor as is to be expected during a campaign.” said Redlawsk. “But between the increasing support of independents and the fact that many Democrats remain on his side, Christie’s favorability and job ratings continue to fly high.”

As the one-year anniversary of SuperStorm Sandy approaches, the fact that 85 percent approve of Christie’s post-disaster work drives his overall approval. Approval cuts across party lines.

The governor’s performance on many other issues, however, fails to top 50 percent approval, and partisans are deeply divided. This is especially true on the economy and taxes. Thirty-seven percent call the economy and jobs the most important problem facing the state, while another 23 percent name taxes, followed by education at 12 percent.

On taxes, two-thirds of Republicans approve of the governor’s work, while 69 percent of Democrats disapprove. Independents are also more likely to disapprove, 49 percent to 42 percent. Christie does better with independents on education: 53 percent approve versus 39 percent who don’t.

But only 30 percent of respondents who call the economy/jobs the state’s most important problem approve of Christie’s performance on the issue. Another 58 percent disapprove.

The governor does better on crime and drugs by a 2 to 1 margin, 52 percent to 26 percent. Twenty-two percent are unsure. Democrats are split on this issue, 39 percent approving and 37 percent disapproving. About three-quarters of Republicans and half of independents approve. About half approve of his performance on the budget, compared to 37 percent who disapprove and 14 percent who are unsure. Republicans are much more likely to back Christie’s work – 76 percent to 17 percent – compared to 26 percent of Democrats and 58 percent of independents.

The Democratic challenger has gained little additional awareness with voters in the final weeks of the campaign. More registered voters have no impression of Buono than have a favorable impression. Moreover, while her favorability has not grown stronger in the last month, her unfavorability has increased by seven points. Importantly, four in 10 Democrats still don’t know or have no opinion of the candidate. Among all Democrats, just 46 percent are favorable, and 13 percent are unfavorable.

Even more independent voters (51 percent) have no impression of the challenger, with just 18 percent favorable and 30 percent unfavorable. More Republicans than Democrats or independents have an opinion: 55 percent of all GOP voters are unfavorable, while only 11 percent have a favorable impression of Buono.

“Results from all registered voters reflect those for likely voters,” said Redlawsk. “Buono has not made enough impact to get voters excited. If people don’t know her, they generally won’t vote for her.”

“Not all registered voters will actually show up on Election Day,” noted Redlawsk. “But as we previously reported, things are little better for Buono among those most likely to do so. Christie has positioned himself in the ‘sweet spot’ as a moderate, and most voters agree. But for Buono, voters are all over the place, reflecting their lack of awareness of the challenger.” 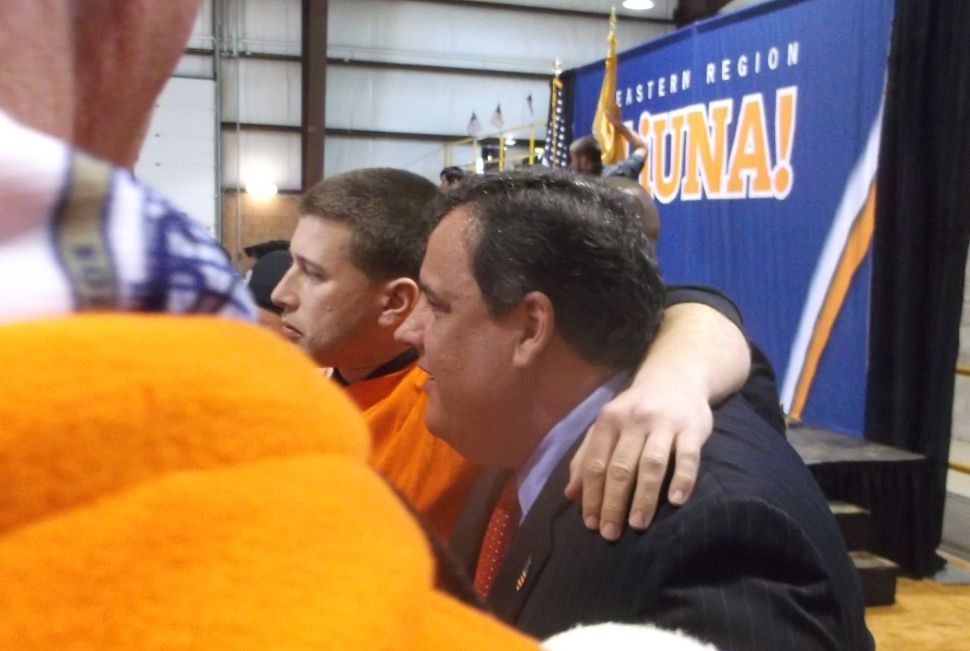