A gaggle of college students donned rooster costumes and went to the governor’s office today to protest what they say is Gov. Chris Christie’s absence from the problems assailing Trenton Central High School.

Assemblyman Reed Gusciora (D-15) joined the picketers from the College of New Jersey, who made the point that Christie is too “chicken” to visit the school or fund a replacement of the ailing structure.

“Gov. Corzine had set aside $150 million to replace the school, which is in terrible condition, but Gov. Christie refused to release the funding and he won’t come to the school despite repeated invitations,” said Gusciora.

The Democratic assemblyman from Trenton said the governor released $142 million for Phillipsburg High School, another Abbott School, but refuses to do the same for Trenton. 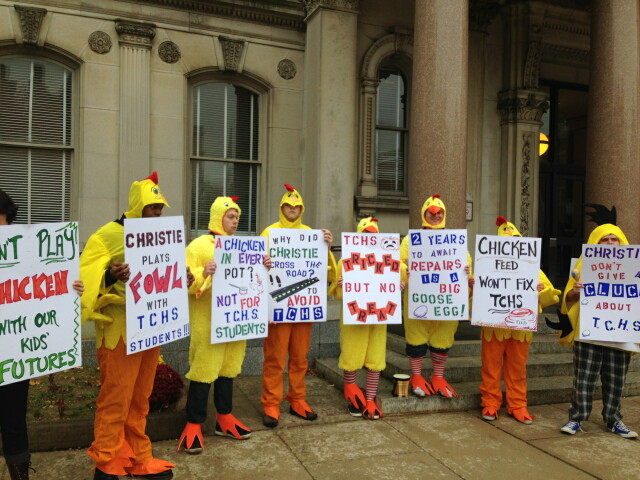