Tell us how the idea for MongoDB came about.

Well, [co-founder Eliot Horowitz and I] started on the MongoDB project about 6 years ago, and it really came out as a kind of feeling both myself and Eliot had [that there was] this need for something new. Data layers and databases and every tool we’re using [to] write programs and applications today…it’s all changed from 30 years ago, when relational databases were really [first] coming on the scene.

[We found] there was really a need for a new way to do things with cloud computing, for a new kind of tool that worked [and was] kind of cloud-friendly…We were looking around six years ago for database technologies, trying to figure out what we thought was the right tool out there for the job, and we couldn’t find anything that was what we were looking for, so we got out a blank sheet of paper and thought we’d start writing something.

Did you always want to own your own business, or was that something that grew out of the creation of MongoDB?

The company and the product kind of started simultaneously, and I had done another entrepreneurial thing previously [at DoubleClick], so it was a very normal thing to do for me.

[Co-founder] Kevin Ryan [was someone] I worked with at Doubleclick, and then after Doubleclick was sold we were both interested in doing one or more startups, and we started some new companies in New York City, including MongoDB. We worked on [those] projects together, although we kind of split it — one of us worked more on one thing than [the other].

Tell us about the decision to seek outside investment. With a cloud computing business like MongoDB, is it a given that you will need a significant amount of capital to get off the ground?

I think it depends how you define significant. I think you need a lot to get started, [but] you need a lot less than you used to. In the late 90s…it took a lot of capital to build this stuff out, [but] it takes less to get started today. You can get pretty far along with an idea with, say one million dollars.  It depends what you’re doing, of course. Some businesses need more capital than others, but…whether it’s a social networking site or a mobile thing, a lot of those things you can do with not that much capital. The tools we have to build the technologies are so much better, [and so] productivity is higher. It’s actually gotten cheaper, I think, to [get by in the] first year to eighteen months of a startup.

What is your approach to fundraising?

Well, Kevin and myself had raised money for multiple startups over the years, so we [had] kind of seen [the process] a few times. At the very beginning you have two options, you can do angel investors or you can go through venture capital firms. And I think those are both good options, they both have those good properties, so there’s no right answer there, its always what makes sense situationally for someone. At MongoDB we put in some capital, so that was kind of like the angel round, and later we did venture capital rounds.

Your latest round of funding was reportedly at a billion dollar valuation. Do you feel any pressure from that figure?

Yeah, we didn’t disclose the amount [in the] evaluation of the round, although there are some numbers out there…but just to be clear we [didn’t disclose the exact number]. Obviously the valuation was okay, or we wouldn’t have raised the money, so to me there’s no hype at all. It’s really just [about building] a successful business in the long run with happy users and customers who like the product, and [getting] to the vision of what you’re trying to build. The database market is a very large market, $30 billion and growing…with markets that large it can make sense to invest aggressively.

As you’ve built your team, have you developed a particular philosophy for attracting talent?

I think that nothing is more important than hiring great people and retaining them, you can’t spend too much time on that. I think there’s no one way to hire people, it’s manifold — you do everything. You work with recruiters, you work with your own network…you do college recruiting, you do everything. You [also] try to create great place to work and you try to have a purpose that resonates with people.

You mentioned that the database industry is robust and will continue to grow. How do you see it changing in the next few years?

I think you see with database technologies, almost every single product out there in our space is open source. It’s the common taste when people are looking at new software — that’s the model that users and customers are looking for. It’s easy to get started, it’s easy for small companies to use the software…and its still very viable for big enterprises. So it’s the way that the software world is moving right now, at least in terms of the IT side of the software world.

And what’s next for MongoDB?

I think [our goal] is maturing the product: if you look at [other] relational databases, it took those vendors ten, fifteen, twenty years to get the product to what I would consider maturity — to the point where the next version [of the software] is kind of a lot like the previous version. So there’s a ton of work for us to do on everything from performance to greater parallelism in the system, to making it easy to operate (there [are] really large clusters of machines, [and we’re working on] tying hundreds of machines together). There’s a ton to do. [But] we’re pretty excited about what we think we can do. 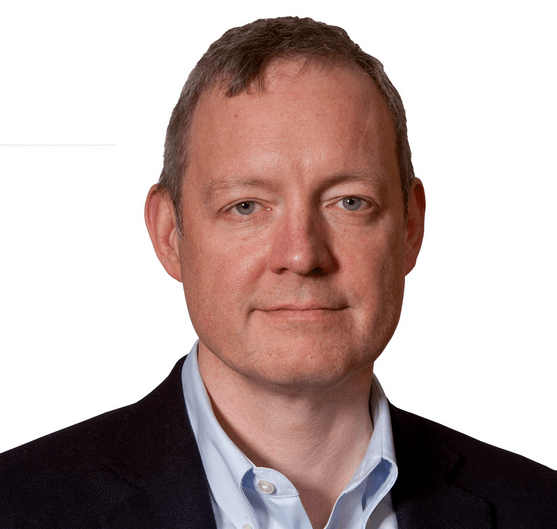