Police Commissioner Ray Kelly, who has managed to remain popular in the city despite growing frustration with some of the NYPD’s policies, was booed today by students at Brown University.

The city’s top cop was met with jeers as he tried to speak to students at the school, according to video of the encounter posted on YouTube, forcing the school to shut the lecture down.

“Racism is not for debate!” a member of the audience can be heard shouting as a woman standing next to Mr. Kelly at the podium urges people to hold their comments until a Q&A after the speech.

“We’re asking you stop stopping and frisking people!” another shouts to applause.

Mr. Kelly was scheduled to give a lecture entitled “Proactive Policing in America’s Biggest City” at 4 p.m. “about his eleven-year tenure as the head of the NYPD, and the strategies that have enabled the New York City Police Department to drive crime down by more than 30% since 2001 while defending New York from another terrorist attack,” according to an online listing for the event.

A police spokesman did not immediately respond to a request for comment. But Brown University’s president condemned the protesters, calling their conduct “indefensible and an affront both to civil democratic society and to the university’s core values of dialogue and the free exchange of views,” according to a statement posted on the university’s website. 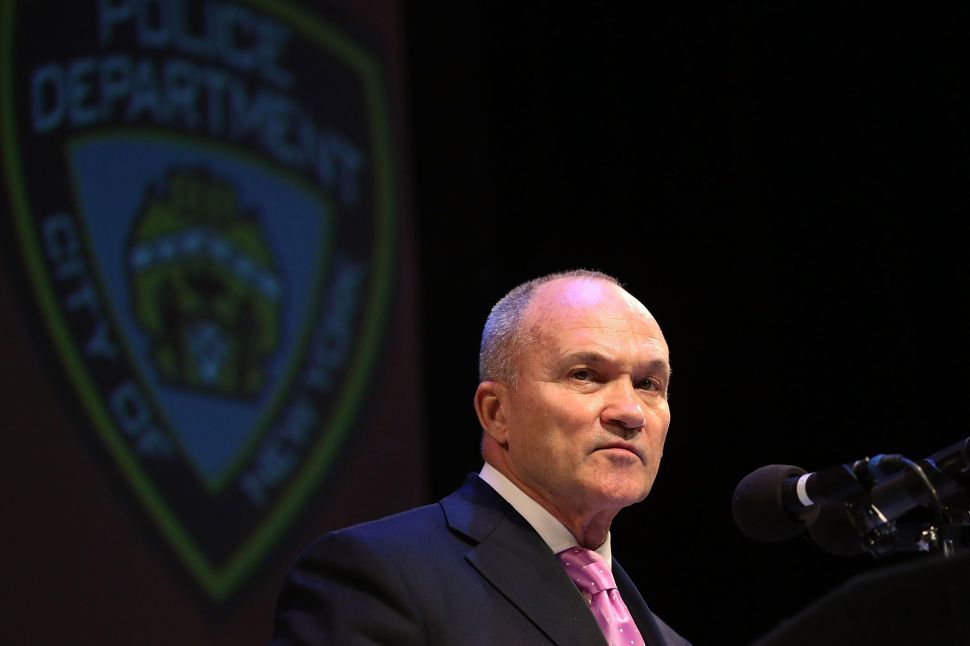