This morning, The Post reported that Russian billionaire Roman Abramovich was in contract to buy the late Howard Ronson’s melange of disconnected units at 828 Fifth Avenue, a.k.a. the Berwind Mansion, for $75 million. But they neglected to mention the most important detail in the saga of the segmented mansion—Mr. Abramovich has not only taken on Mr. Ronson’s old apartments, but is well on his way to realizing the real estate developer’s dream of restoring the colossal mansion to a single residence.

Sources tell The Observer that Mr. Abramovich has agreements to buy not only the Ronson family’s three units, but is working out deals with the co-op’s other residents as well. Meaning that he may finally be able to piece together the puzzle of units—a triplex, a penthouse and a duplex maisonette—amassed by Mr. Ronson and his family.

Indeed, despite having been carved up into nine co-op units at one time (it’s now five), the mansion is so magnificent, with its original details almost entirely intact—including a ballroom with 17-foot-high Louis XV ceilings—that the dream of putting the mansion back together has seized the imagination of countless individuals. (It’s also on a 30-foot by 110-foot corner lot, filling the house with copious quantities of sunlight—a rare townhouse amenity.) After Mr. Ronson’s death, his family continued to scoop up square footage in the building, buying and renovating the penthouse before giving up the ghost and listing the assortment of apartments for $72 million with Corcoran’s Sharon Baum, Leighton Candler and Deborah Grubman, as well as Stribling’s Alexa Lambert.

The listing was yanked last year—it seemed that no one had a stomach for impossible dreams. But lo! Now Mr. Abramovich has stepped in to finish the job. The Russian tycoon apparently has the magic touch, a.k.a. more money to throw at the situation than anyone else.

And yet, not even he has managed to buy out every single owner in the building. Sources tell The Observer that a deal has been made with the owner of the fifth floor unit, who is said to spend most of her time in South America, allowing Mr. Abramovich to unite the triplex on the second, third and fourth floors with the sixth floor penthouse. As for the other unit, a duplex maisonette facing Fifth Avenue owned by Adolfo Sardina, we hear that Mr. Abramovich is still trying to work out a deal with the fashion designer.

Presumably, even if Mr. Abramovich cannot oust Mr. Sardina by offering wads of cash, he could still connect the duplex masionette in the back of the house with the rest of his spread. And while Mr. Sardina’s ongoing ownership would mean that the house remains a co-op, it only fits that definition in the most legal sense of the word.

For now, the details of how much Mr. Abramovich is spending on buy-outs remains a mystery—it’s not clear if that sum is included in the rumored $75 million contract or not. Ms. Baum, when reached on the phone by The Observer, praised the mansion’s outstanding beauty, but declined to comment on the sale, citing a confidentiality agreement.

In any event, with the grand total of buyouts and renovation work needed to piece together the disparate units, the Russian billionaire will undoubtedly have the most expensive mansion in all of New York—we can’t imagine he could be following Mr. Ronson’s dreams for less than $100 million given the situation. It’s a new threshold, but one at which a house may well be impossible to re-sell for a profit, or even at cost. The Manhattan record for all manners of residential property still hovers beneath $100 million, a line that not even the most magnificent properties have been able to cross, despite the recent spate of $125 million and $130 million listings. But if anyone can afford to take a loss, it would be Mr. Abramovich. 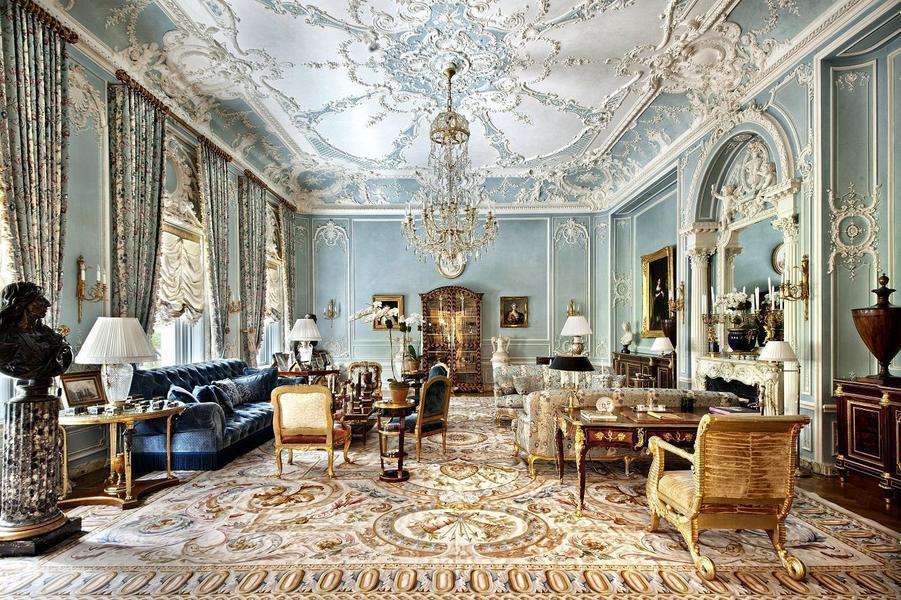