At the stroke of midnight Fanwood Mayor Collen Mahr made the following statement:

“As a New Jersey Mayor who supports equality for everyone I was honored be a witness to history by performing the marriage of her good friends Red Bank Councilman Ed Zipprich and JP Nicolaides and Red Bank residents Laura Vitucci and Marlee Naporano,” said Mayor Mahr.” “October 21, 2013 will forever be known as a historic day regarding civil rights in the State of New Jersey.”

In 2011, Mahr performed a Civil Union ceremony for Zipprich and Nicolaides.

The Mayor this morning also married Laura Vitucci and Marlee Naporano, who have been together for over 17 years, first entering into a domestic partnership, civil union and now marriage. 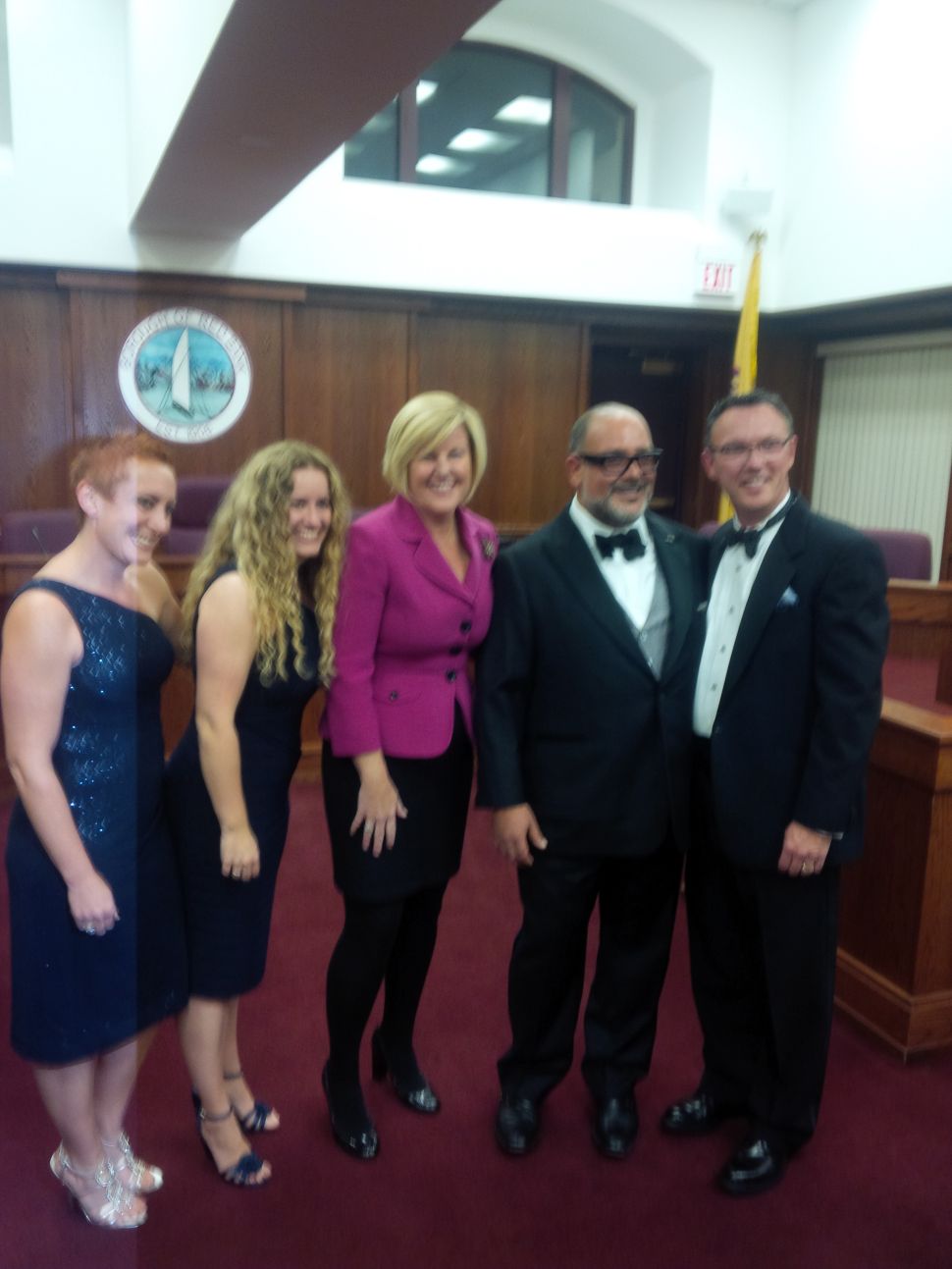