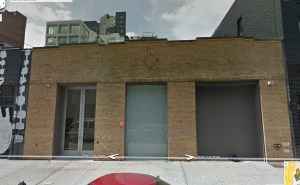 The Observer has learned that Skarstedt Gallery plans to take over the gallery space formerly occupied by Haunch of Venison at 550 West 21st Street.

The gallery was unavailable for comment at the time this post ran, though a receptionist, when asked if she knew the opening date for the new Chelsea space, said she didn’t know if a date had yet been set.

Haunch of Venison was founded in London in 2002 and purchased by Christie’s in 2007. Haunch operated out of a space above the Christie’s offices at Rockefeller Center until 2011, when it took over the Chelsea space, which had previously been home to Yvon Lambert and before that was Amy Sacco’s boîte Lot 61. The Chelsea space closed this past March.

Filed Under: Arts, Per Skarstedt