Beginning with Gentlehands and Starring Sally J. Freedman as Herself, some dark combination of family history and a tendency toward despair has caused me to read obsessively about the Holocaust. One of the hundred reasons I was psyched to take a job at The Observer was to finally get my hands on the full archives, much of which is not online, so I could read Ron Rosenbaum during the late ’90s when he was gearing up for Explaining Hitler. It knocks me out when I look at Chartbeat and see that some of his classics are still among Observer.com’s best-performing stories.

The Jews are a people of the book. Although it’s common to hear said of a survivor, “He never discusses his experiences during the Shoah,” it’s also true that a good number of those who experienced the Holocaust recorded their experiences in personal memoirs. The best-known of these, like The Diary of a Young Girl, Night, I Have Lived a Thousand Years and Rena’s Promise, are important historical documents, as well as great books. But the first-person accounts that have meant the most to me over the years have been the small-scale manuscripts intended mostly for family, either self-published or just written down and handed around. Without the polish of editors and proofreaders and publishing house marketing specialists, there’s an intimacy to these personal accounts that I find devastating—and oddly well suited to the horrible subject matter.

One of the very best of these is Darkness and Hope by Sam Halpern. Before becoming one of the biggest developers in New Jersey and one of its best-loved philanthropists, Mr. Halpern was a laborer in Kamionka, one of the smaller but most savage slave labor camps. It has been reported that “out of 16,000 slave laborers in the Kamionka labor camp, only 36 survived the war.” Mr. Halpern’s account of his experiences there is among the most searing and difficult to endure of anything I’ve ever read on the topic:

The German and Ukrainian guards laughed at the look of horror on our faces; they were thoroughly amused by our fear. They seemed to take great pleasure in terrifying us and certainly wanted us all to see who was master in Kamionka and who was the slave. A man died for stepping out of line, for trying to scoop up a handful of snow, for attempting to quench his dry mouth and throat. This act posed no direct military or political threat. He was no spy sending signals or a soldier reaching for a weapon. He was a totally defenseless man, a creature in need of hydration. But it was precisely because he wanted to take care of a physical need on his own, and not when the “masters” dictated, that his innocent act was considered criminal. In this way, the monsters who controlled our fate informed us what our lives were worth to them: nothing.

I have met Mr. Halpern’s children, and I am friendly with his daughter-in-law. But I’ve never really been able to convey to them how much their father’s memoir meant to me. It’s just too personal—I guess that’s why I prefer these homemade remembrances. But a few years ago, I got the chance to meet Sam Halpern himself.

There was a screening of the movie Defiance, about Jewish partisans who resisted the Nazis in Russia, hosted by the owners of this newspaper. Mr. Halpern was there, with his son, in a wheelchair. I didn’t want to miss the chance to tell him how much his memoir, especially a particularly horrifying scene that took place at an outside shower, had stayed with me:

One Sunday afternoon in June during our only afternoon off, I was bathing in the outdoor shower that, after months without any for personal use, had been installed. This was our only opportunity to bathe ourselves, and whoever wasn’t too tired, took advantage of it. On this particular Sunday afternoon, many of us were standing outside naked, waiting to feel the clean on our bodies, when the SS Scharfuhrer Miller came by with his girlfriend. They stood there watching us and laughed and laughed. We were very embarrassed to be standing naked in front of a woman, and even though we could tell they were both drunk, we were still humiliated and nervous. The affair did not end there, however. Suddenly Miller took out his gun and shot one of the men who was standing just a few feet away from me. For no reason at all, he just pointed the gun at one man’s head and pulled the trigger.

I felt bad for intruding—again, that’s the thing about these personal memoirs vs. professionally published ones—but Mr. Halpern took my hand and in a barely audible voice thanked me for remembering. Zachor. That’s an important word to the Jews. Always has been, but particularly since 1945 or so. 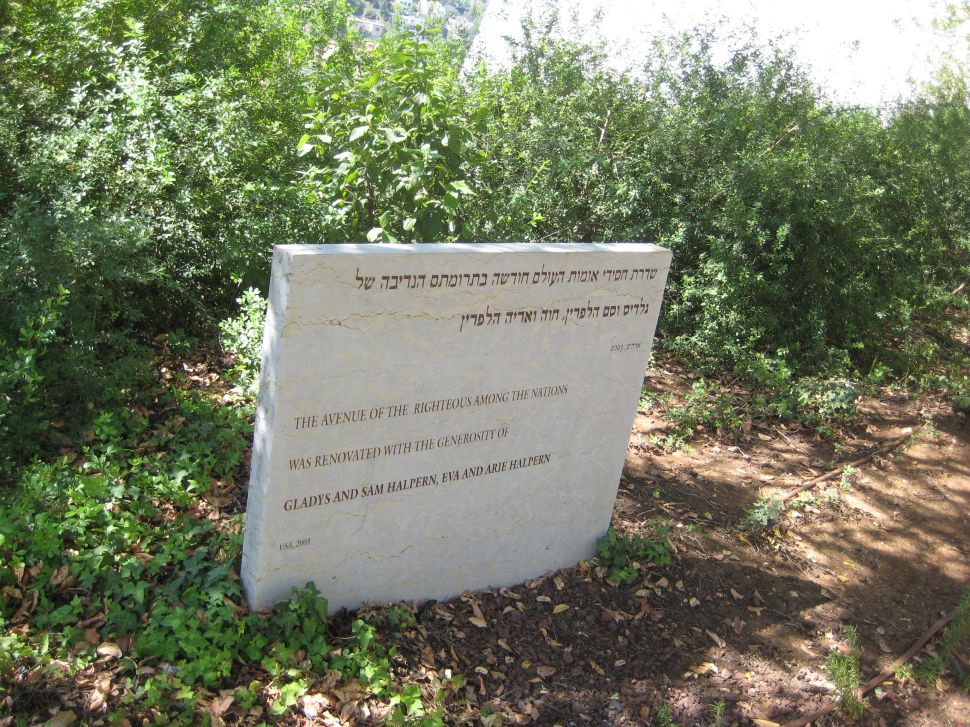