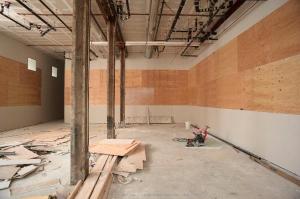 Jessica Silverman Gallery, which works with artists like Hugh Scott-Douglas, Luke Butler, Susanne M. Winterling and Matt Lipps, announced today that it was nearing completion on a new space in the city’s Tenderloin district. Set in a 1907 building, it sports 2,800 square feet of space and 16-foot-tall ceilings.

“The new gallery space is appropriate to our increasingly ambitious, international program of exhibitions,” Ms. Silverman said in a statement released to press. “The artists that we represent are already inspired by the space’s beauty, distinctiveness and versatility.”

The first show in the new space will be a solo of work from the 1980s and ’90s by London-based artist Amikam Toren, which is scheduled to open Nov. 22.