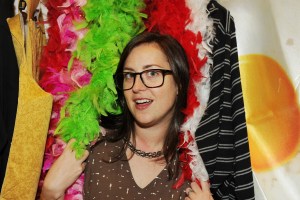 Ms. Friedlander comes to the gallery after seven years with the auction house. Full release below.

NEW YORK — Sara Friedlander joins Paula Cooper Gallery after seven years at Christie’s as a Specialist and Vice President in Post-War and Contemporary Art. While at Christie’s, Friedlander was Head of both the biennial First Open and Afternoon Sales. She was influential in establishing numerous world record prices for artists on an international scale.

Friedlander graduated from Brandeis University with a BA in Art History, and minored in Creative Writing and Women’s Studies. She went on to complete her Master’s degree in Fine and Decorative Arts at the Sotheby’s Institute in London where she wrote her dissertation on late 19th and early 20th century American and British periodical illustration. Prior to Christie’s, Friedlander worked at the Rose Art Museum in Waltham, Massachusetts. ARTINFO recently named Friedlander in the “30-and-Under Crowd: The Art World’s Most Influential Young Figures.”