ELIZABETH – Marsha Shapiro and Louise Walpin married tonight in the first – or one of the first – same sex marriages in the State of New Jersey.

“In a few moments, marriage equality is about to begin in the State of New Jersey,” said Goldstein, addressing his longtime activist friends.

The service occurred following a N.J. Supreme Court ruling that it would not issue a stay of a lower court ruling on gay marriage, creating the opportunity for gay couples to wed.

Lesniak and Weinberg spearheaded the marriage equality bill in the Senate, quashed by Gov. Chris Christie then resurrected in a court of law.

Shapiro and Walpin have been together for 24 years and were plaintiffs in the case.

Lesniak said it was one of the greatest honors of his life to be present at the ceremony.

Leading up to a minute past midnight to make the wedding official, Lesniak said, “We can wait a few more minutes. We’ve waited all these years.” 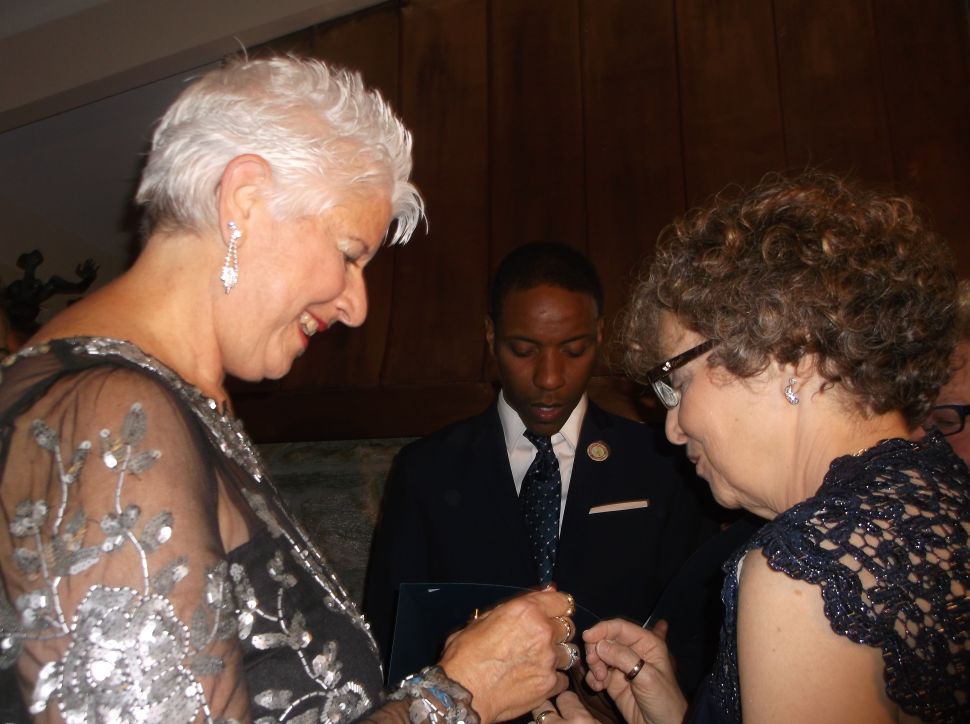