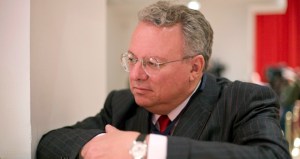 Hedge funder Daniel Loeb continues to campaign for the removal of Sotheby’s CEO William Ruprecht with a story today at Bloomberg that focused on the house’s failures and excesses, among them the fact that Mr. Ruprecht once had a $143,000 allowance for a personal driver.

Mr. Loeb, who has of late pursued a larger stake with Sotehby’s, said Mr. Ruprecht’s spending “invoked the long-gone era of imperial CEOs.”

This may just be saber rattling, though:

“Asher Edelman, a New York art dealer and former corporate raider, said Loeb’s critique is ‘all rhetoric. He is interested in making a profit in what is now an overpriced stock.'”