Tell us about how the idea for Squarespace came about.

And I really didn’t like that experience, so I started making the software for myself to manage my own site. The other thing that was really kind of a critical founding idea with Squarespace was that I also was really paying attention to the design of the site, and it seemed like a lot of companies out there were sort of these cheapest solutions possible, race to the bottom, bargain-bin hosting solutions, and it really didn’t appeal to me. [They weren’t] the kind of companies I wanted to interact with, and I just thought there was a better way. So I launched it in January of 2004.

Did you ever see yourself becoming an entrepreneur and a founder? Was that something you were always interested in?

I’ve never been afraid to start things, and I’ve always had a lot of projects that I was working on by myself. I didn’t start this just for the sake of being an entrepreneur, it wasn’t dissatisfaction with my job or something like that where I wanted to be my own boss, I really just got deeply involved in the problem and found that at various levels of solving that problem, having a company and growing this from a project into a company was really the best way to solve that problem.

In 2010, Squarespace went through a single round of outside investing. What kind of factors are weighed in the decision to seek outside founding?

Squarespace’s funding history is a little bit odd in the sense that back in 2004 when I launched it I borrowed something like $30,000 from my dad to buy the initial services and do basically the initial advertising, so that’s really the seed funding for Squarespace. [Squarespace] operated out of cash flow for essentially the next seven years. So it was a functioning, working business when we decided to go out and raise capital, which meant that we were able to do it more on our terms, and really make sure that we knew why we wanted to raise the capital that we did.

Essentially, while we didn’t necessarily need a ton of money to keep operating Squarespace, and even to this day we don’t really dip into a ton of that money, it was about getting partners in place that would allow us to really structure the company and take it to the next level. It was this evolution from a company [of which] I was essentially the sole owner of a stand-alone company that is seeking to solve this problem of content management.

Do you see a scenario in the future where you might decide to seek outside investors again, or have you grown beyond that stage?

Well, we’re certainly fine on our own, we always have been. I think that depending on what we see scaling, and depending on the kinds of activities that we want to pursue, there’s always a possibility, but it’s not something that we’re actively thinking about all the time. Our investors invested in us with an investment thesis and we want to make them successful too, so I’m sure there will be some [point] in the future where they’d like some liquidity and we’d like them to be successful investors. We’ll look at that when the time comes, but they’re very happy right now.

What is the experience like going from being your own employee to being the head of a pretty large business?

Squarespace [employs] 175 people right now, and the majority are in downtown Manhattan. We also have a small staff starting up in Ireland that is handling customer care.

We provide 24/7 customer support, and it’s easier to staff around the clock [with an office in that time zone]. There’s also a lot of tech presence in Ireland, so there are just really incredibly high quality people out there that speak the language, and it just is sort of an ideal location for us. But you were asking about the challenges of growing it up from essentially one person to where we are now.

There are a couple parts of it that are very hard. I think one of the hardest parts of it for me was, I was always an engineer, and also a pretty good designer as well, and it becomes very easy to rely on that skill set and not pursue other skill sets that you need to grow the company. So it’s sort of like those things that make you strong when you’re younger end up becoming your crutch when you’re older. Instead of going out and hiring more people and trying to figure out management and understand that, it’s very easy for you to slip into [the mindset of] “Oh, I’ll just fix it myself, I’ll just design it myself, I’ll just fix the servers myself.” And for a long time, I would fall back on that crutch as opposed to going out and really surrounding myself with a team of people that wanted to do this with me.

I think the other thing that’s very difficult is once you start hiring people, [the challenge is] figuring out what that DNA is that’s really going to help the company be successful when moving forward. What are you looking for when you’re hiring people? It’s obviously not enough for them to just be smart or have great communication [skills]. How do you develop tests [that will help you] to figure out if the people around you have really great alignment with the idea your working on, [or] that they have really great judgment? It’s just very difficult, especially in the early days, to test for those things adequately.

What is your philosophy for attracting talent now?

We have the luxury of being a successful company that’s working on very visual, game-changing things that students use. So we’re not really cash constrained when it comes to our office environment and the benefits we provide and stuff like that. We’re world class in that regard, and from the product side it’s really cool to be working on a product that uses design and engineering and marketing in a way that your friends can see and your friends can use.

But beyond that, I would say that we generally look for three primary things when we’re looking to hire, and it’s really about judgment, it’s about communication, and it’s about alignment. Alignment is essentially when somebody comes in here, we want to make sure that they’re excited about working on the same kinds of things that we’re excited about working on. If we give a product demo to somebody and they don’t seem to light up, [if] we talk about the engineering challenges and they don’t get it, that’s a pretty big negative for us.

Communication [is] very, very important. We want to be able to speak freely and openly with people, which is really critical. We have a great group of people who like going out together and stuff like that. So one part of it is testing for a fit there. And the other part is judgment. We’re a very flat organization, [and] people operate very autonomously, and we need to make sure the people we’re hiring have the appropriate level of judgment so that when we let them go off on their own they’re making decisions that are in line with the kind of decisions that we would make. So I’d say that’s a pretty high level overview of how we think.

Where do you see the market for companies like Squarespace heading in the next couple of years?

It really comes full circle back to your initial question of why the company started. We continue to seek this all-in-one platform, this thing that really can solve any kind of website. And it’s what we set up to create with Squarespace Six, which we started building about three years ago. We want Squarespace to be a place where, if you’re a restaurant and you need to put a restaurant website online, we have OpenTable integration, we have great imagery [so you] can showcase your food, we have a menu product so you can type in your menu online and get the appropriate formatting.

The other thing that we’re working on is making sure that we have the absolute highest quality design possible and really [continue] democratizing design for people who otherwise couldn’t access these high-end templates. We hope that our authors treat our templates sort of the same way a author would treat a book — something that is not defining your style but a framework that enables your thoughts to be consumed more easily by the public. [When] an author [writes] a book, you’ve got covers and an index and chapters, and those are just a good format for presenting certain kinds of stories. We see templates working the exact same way: when you put your content into one of our templates it should really melt away and be about you and not really be about us. And so that’s sort of the ideal that we’re really pushing for.

Could you talk a bit more about Squarespace Six and what’s next for the company?

We launched it a year and a couple months ago, and it’s a completely new code base from Squarespace Five — versions one through five were built on that codebase [I created in my dorm room]. Six was a complete reset, to use completely modern technologies and hopefully get us through the next decade of web publishing. So we started making a platform that us as developers could use to create any kind of website, and we’re just trying to make great templates and experiences for consumers. You’ll also see us adding on features that all businesses need, so we have integrated domain registration, [and] 8-10 months ago we added commerce so you can sell things on any Squarespace website. We’re going to continue moving in that direction and solving these basic problems that everyone has with getting online: how do I get email, how do I get my domain, how do I stay in touch with customers, how do I see if people are visiting my site. We really want to get the fundamentals right. 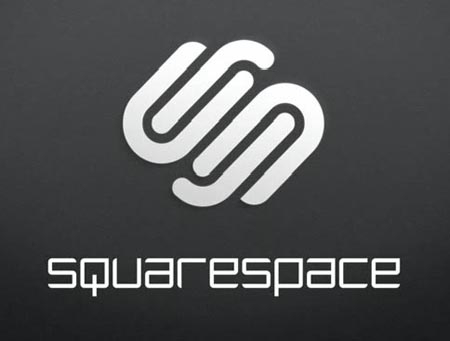 Filed Under: Business, cornell, squarespace, Anthony Casalena, the next rocketship