Arguably the most genius master plan of our generation has finally come to grand, green, sixteen-foot-tall fruition:  Christopher Walken Rex is finally alive.

“I was inspired to design and build this piece after watching the movie Queen of Versailles,” Mr. Cyr wrote on the page. “I saw how rich those kids were, and their lack of creation with all that money. I decided if I could get that much money I would make something great. The Walken Rex was originally thought of by a friend of mine, we are not completely sure where he got the idea from, but it seemed like the perfect thing to build.”

Apparently epic celebrity-dinosaur sculptural mashups was a niche that needed filling. Mr. Cyr originally asked for $750 to complete his goal—and ended up making $2,680.

And now, after a summer of hard work, the giant statue has finally been erected in the East Village’s First Park.

Despite being one of the most genuinely fabulous works of art we’ve seen in a long time (sorry-we’re not-sorry, Banksy), Christopher Walken Rex may soon be homeless.

“It is still in the garden, and will be there until November 2nd, after which we will not have a home for it,” Mr. Cyr told The Observer over email. 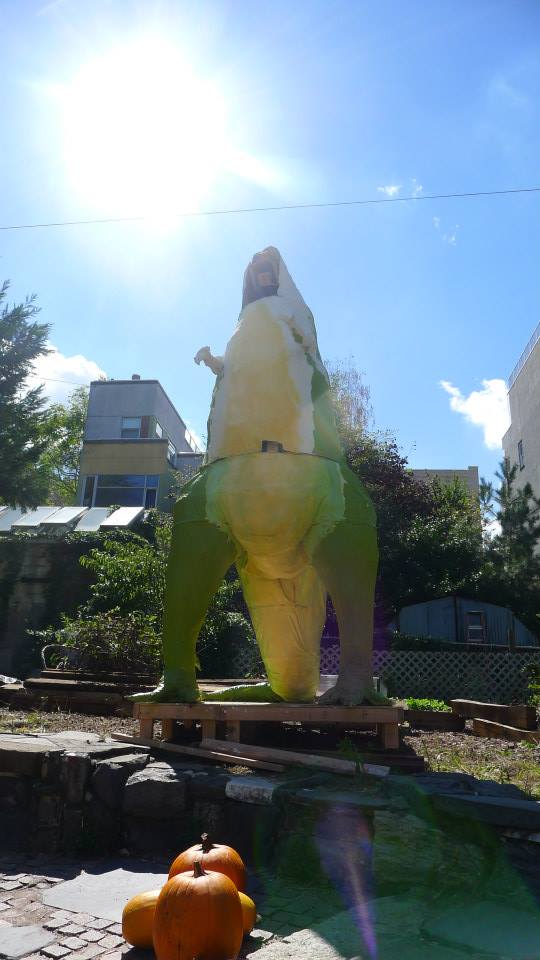 Filed Under: Entertainment, Christopher Walken, Land of the Lost