HAMILTON – The scabby edges of Trenton and Hamilton ram together on a gnarly stretch of sidewalk in front of a tavern called Tir Na Nog, and inside on a Monday night, Assemblyman Wayne DeAngelo (D-14) raised his glass to the cause of labor while a guitar player under a cap and propped on a stool cranked song after Irish song into the crammed room.

It was a labor crowd: bricklayers, plumbers, pipefitters, painters.

“Some of these guys are out of work, and they’re here to help me,” said DeAngelo. “The governor says New Jersey’s unemployment numbers are coming down, and I’m wondering where. For local tradesmen, unemployment is going up.”

The singer was going on about Pearse and James Connolly and, as it turns out in this case, it was appropriate, because every two years DeAngelo finds himself in the middle of his own GPO showdown with the GOP.

He’s in one now, with seven days until Election Day.

“You guys are going to be fine,” said the son of the late former Gov. Richard J. Hughes, Mercer County Executive Brian J. Hughes, clasping DeAngelo and DeAngelo’s running mate, Assemblyman Dan Benson (D-14) by the backs of their necks.

They’re on the same ticket but from different wings of the party. Benson has the enviros and progressives, DeAngelo, a labor leader with the IBEW, has Building Trades and developers. The federal PACs intruding on this battleground district include environmentalists targeting DeAngelo and labor less than bar throbbing around Benson.

“There’s an ad out there with my face and Dan’s name,” DeAngelo said with a grin. “They can’t keep us straight.”

And meanwhile Republicans are running hard at them under a Senate ticket where just this morning Gov. Chris Christie committed money to the cause of former state Senator Pete Inverso.

“As we build the New Jersey economy, I am intent on making sure that we use local workers who are paid a fair wage and benefits package,” DeAngelo said. “Let’s stop patting ourselves on the back.  The big stuff like Revel and the Bayonne Bridge only helps only a small percentage of construction workers. You still see the empty strip malls and the projects that have only partially started. We need to work with the local elected officials to put in Project Labor Agreements to use local labor and create jobs.”

DeAngelo did legwork on some of the solar projects mutually backed by the governor, and news that Chrsitie will come in here Wednesday evening landed with glee among some of DeAngeo’s supporters.

“Wayne, the governor’s coming to JoJo’s,” a friend exclaimed.

“Yeah,” the assemblyman said. “He’s on the other side.”

He hasn’t seen the money Christie said he’s dumping into Inverso. “But I’m not sweating that,” DeAngelo said. “People think he’s doing a good job and they think we’re doing a good job. We’ll have a big machine coming out on Election Day.” 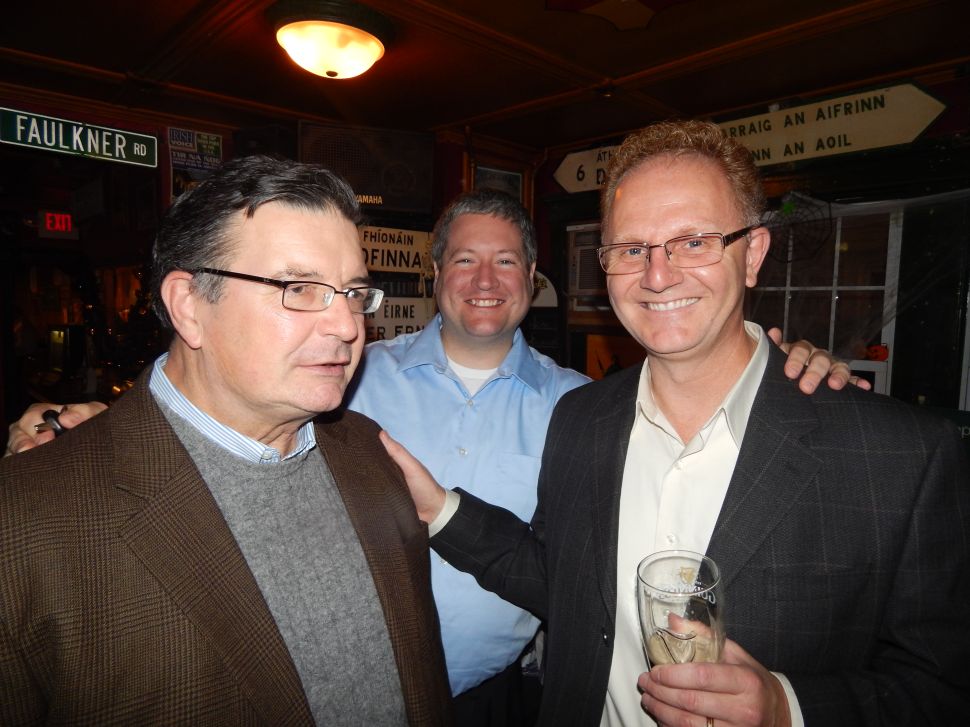