Specifically, the powerful county executive may not back Barbara Buono, but he wants the political world to know that won’t stop him from lionizing the beloved Brendan T. Byrne.

The executive’s choice for governor, Republican Chris Christie, stood at DiVincenzo’s side today, a month before Election Day, and so did former Governors Jim Florio, James McGreevey and the man of the hour, Byrne.

While Buono scrambles from event to event trying to become governor, the statue of Byrne stands in perfect bronze stillness in a courtyard already named for the Irish American octogenarian who served as governor in the 1970s and early ’80s and hails from West Orange.

Squirming on the end of an ELEC microscope a day after the office dropped a 13-count complaint on him, DiVincenzo showed few signs of distress as he continues to populate the county with seven-foot-tall statues of outsized Essex County figures, among them the late U.S. Rep. Donald Payne, Althea Gibson and Roberto Clemente.

“We’re going to work with ELEC and we’re going to resolve it,” the county executive said in regard to the complaint. “Not one taxpayer dollar was used.”

The complaint didn’t appear to bother the trudging multitude of esteemed personages present to honor Byrne, starting with the governor’s son, Thomas, who twice made a point in his remarks to thank the county executive, a Democrat who arguably controversially crossed the aisle to back Christie’s re-election.

The younger Byrne added, in the direction of his father, “A statue is better than an arena because when something looks like you, they can never change the name.”

With Christie in the front row next to DiVincenzo, Byrne also noted his father’s bipartisan service as governor, which folded seamlessly into the current governor’s re-election slogan.

Former Gov. Tom Kean. Sr. happily picked up that theme with his protégé looking on, managing to sneak an elbow in on the Tea Party under the federal capitol dome.

“People tell me ‘you’re a Republican and he’s a Democrat, how did you get to be so close?’” the former governor said of Byrne. “I was the Republican leader and he was the Democratic governor. Part of the work this guy did was he brought people together. Some of the people in Washington should be watching that today.”

DiVincenzo mentioned that the statue was built with private dollars, not taxpayer dollars.

“I want people who come down here to learn about the history of Essex County,” he said., and turned the microphone over to Christie.

“I want to thank Joe D,” said the governor, who said McGreevey had said it all already in a speech doubling as a sponge that seemed to soak up the entirety of Western Civilization and package it a five minute salutation to Byrne.

Christie said Byrne told him once that when people wave to you with five fingers, “Things are going well.”

When the colors dropped to the ground and the statue appeared, Byrne, at the podium, cracked, “I think I liked this better with the flag.” 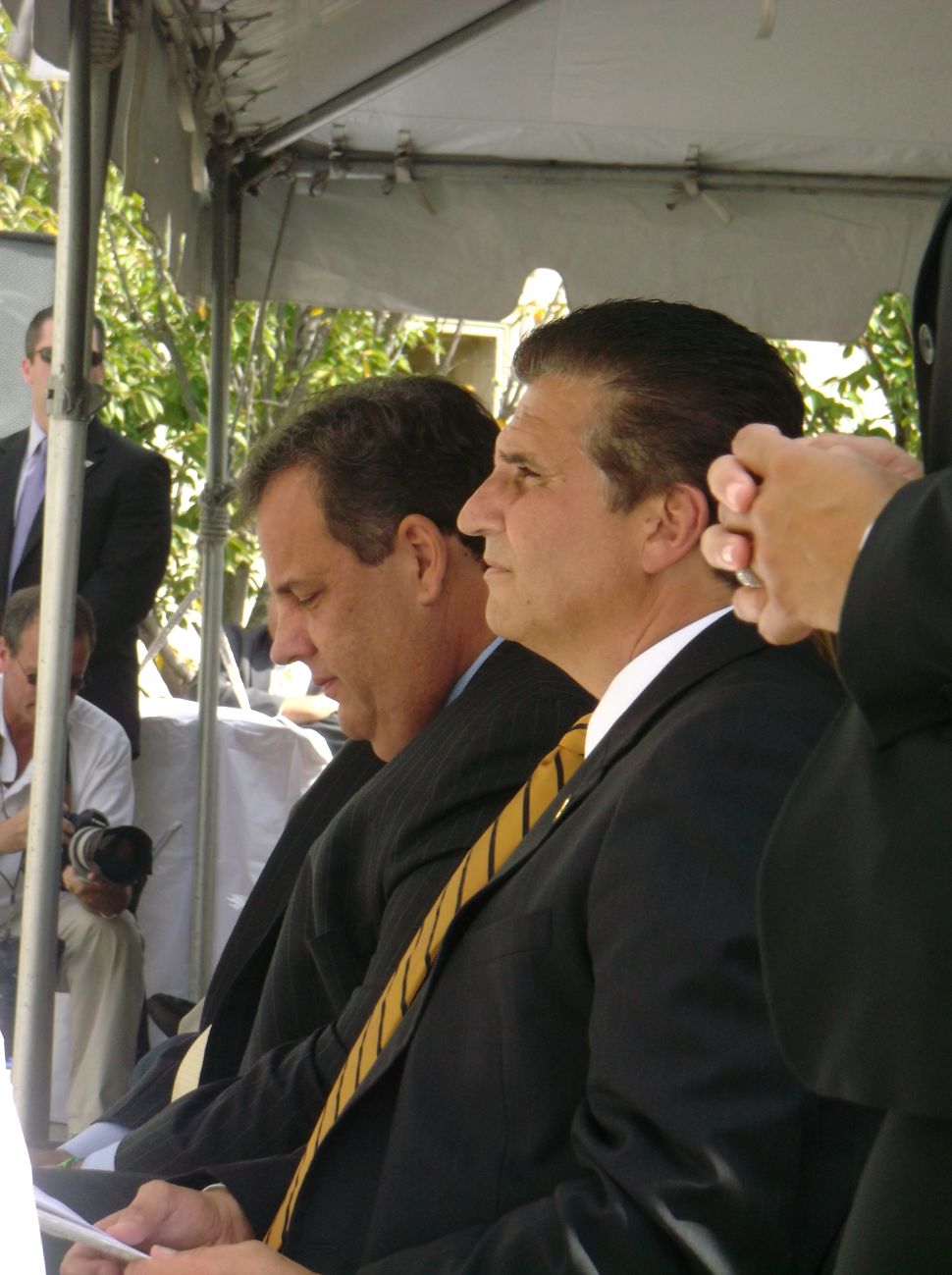