At first glance it looks like Republican Gov. Chris Christie has decided to undertake a humbler existence as a candidate for the General Assembly from Hudson County.

But it’s actually just state Sen. Brian P. Stack (D-33) making sure that voters in LD33 – and mostly in Union City – know who to vote for on Nov. 5th.

Stack backs Christie for governor – in case that wasn’t clear.

In signs across the district, the Democratic Party GOTV animal directs voters to support himself on Line 2A, then Christie, on Line 1B; then Celin J. Valdivia for commissioner on line 1K.

“He didn’t even mention his Assembly candidates,” a source groaned, noting the absence on the sign of Stack’s running mates, Raj Mukerji and Carmelo Garcia.

But there are pieces of literature and other signs featuring Stack’s LD33 ticket, especially in Jersey City and Hoboken, respectively home to Mukerji and Garcia.

In addition, Stack has distributed big signs of what the ballot looks like, highlighting in red the names of his candidates, including his Assembly running mates. 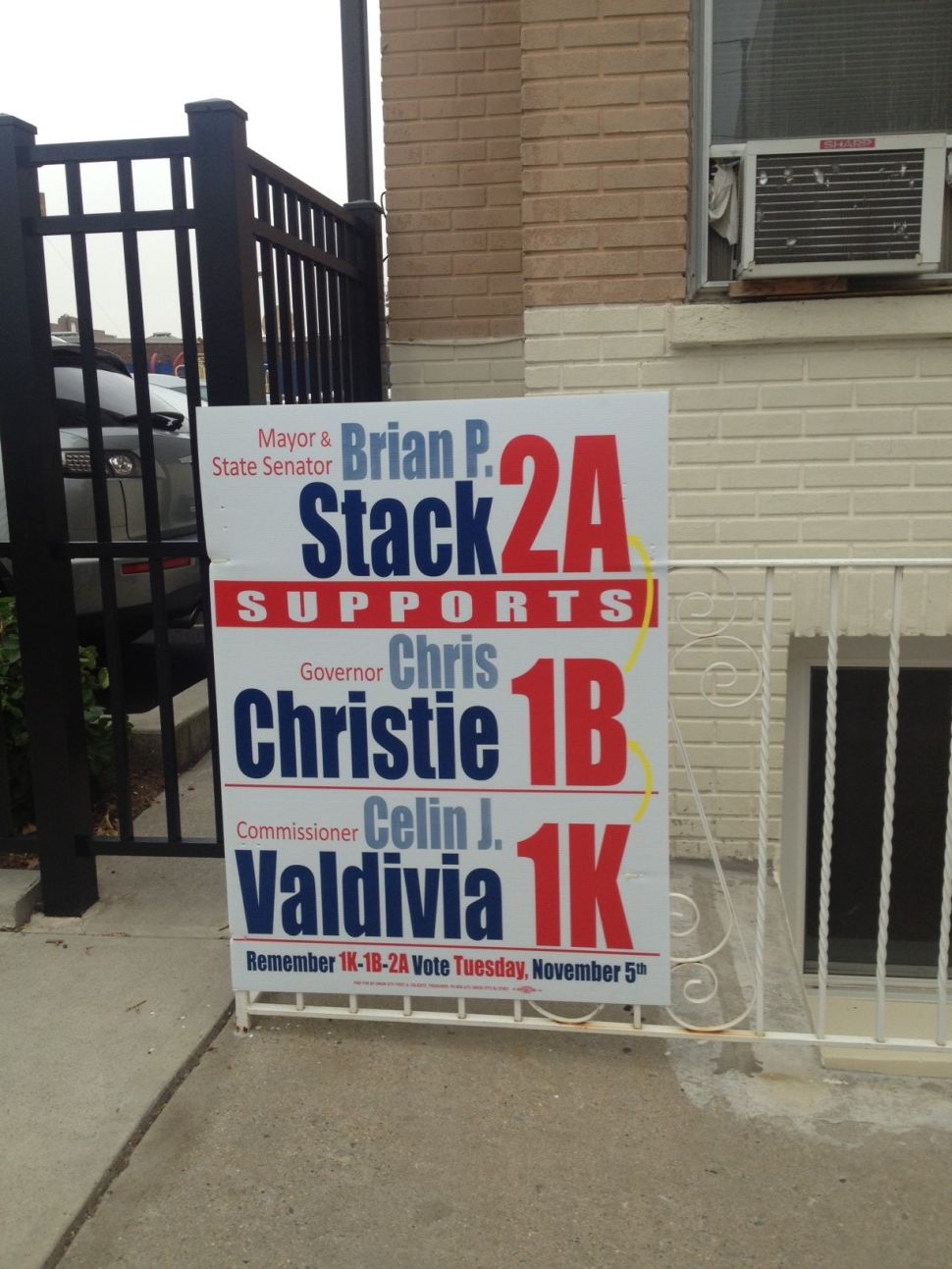