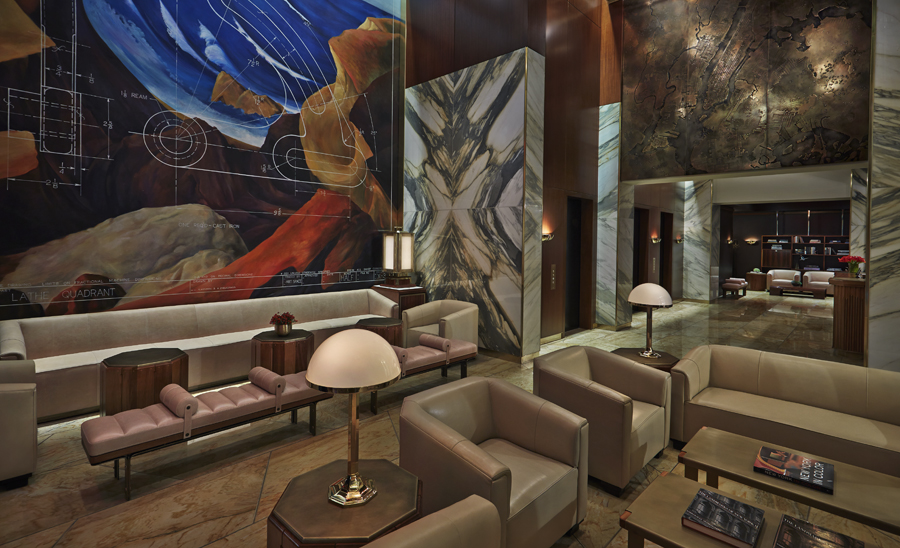 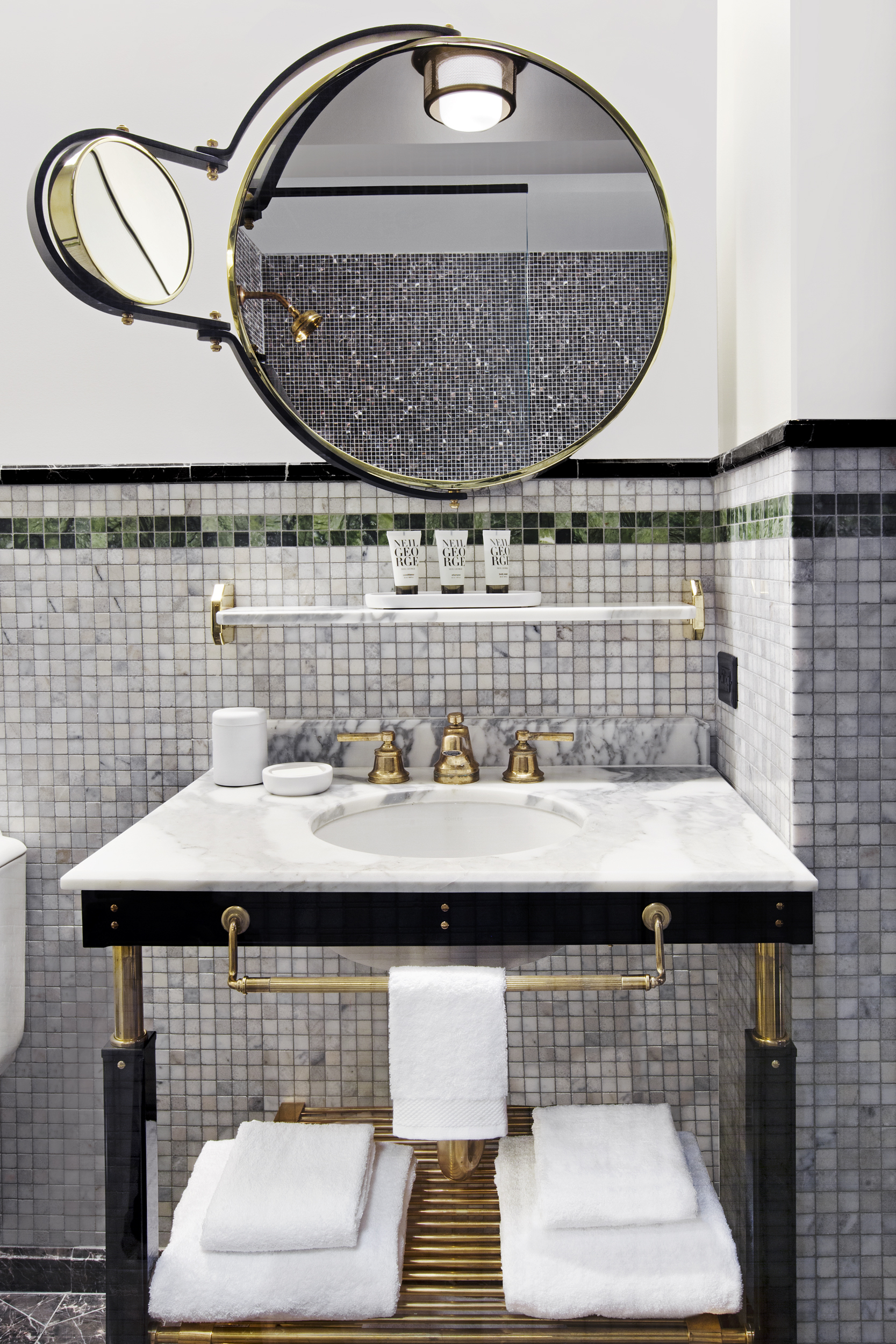 As do the little round mirrors in the bathrooms. 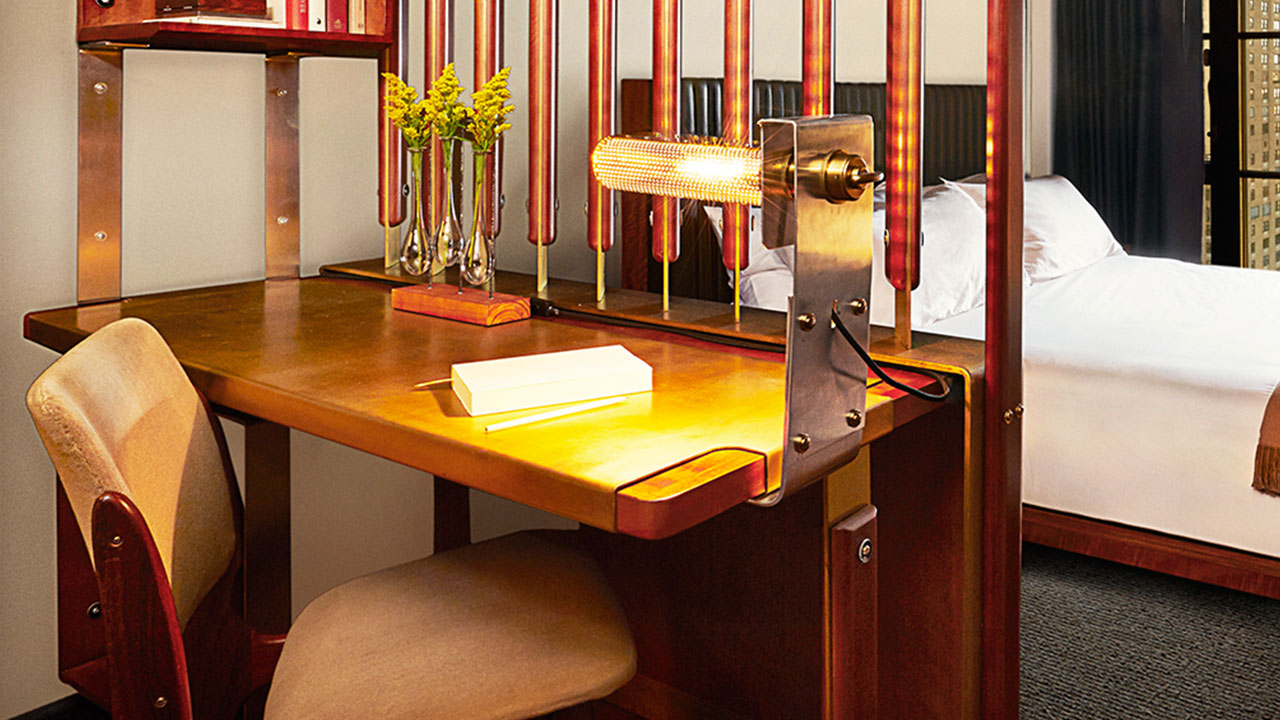 The mid-century inspired furniture is all custom designed. 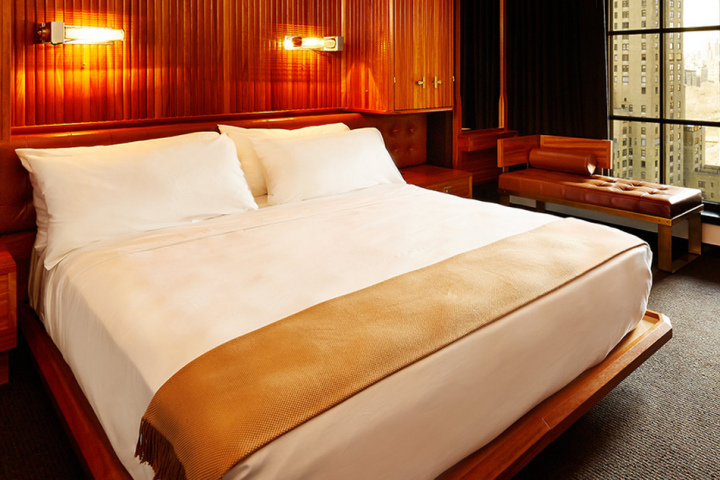 Though the mattresses are the same as those used by Viceroy in all its hotels.
Advertisement 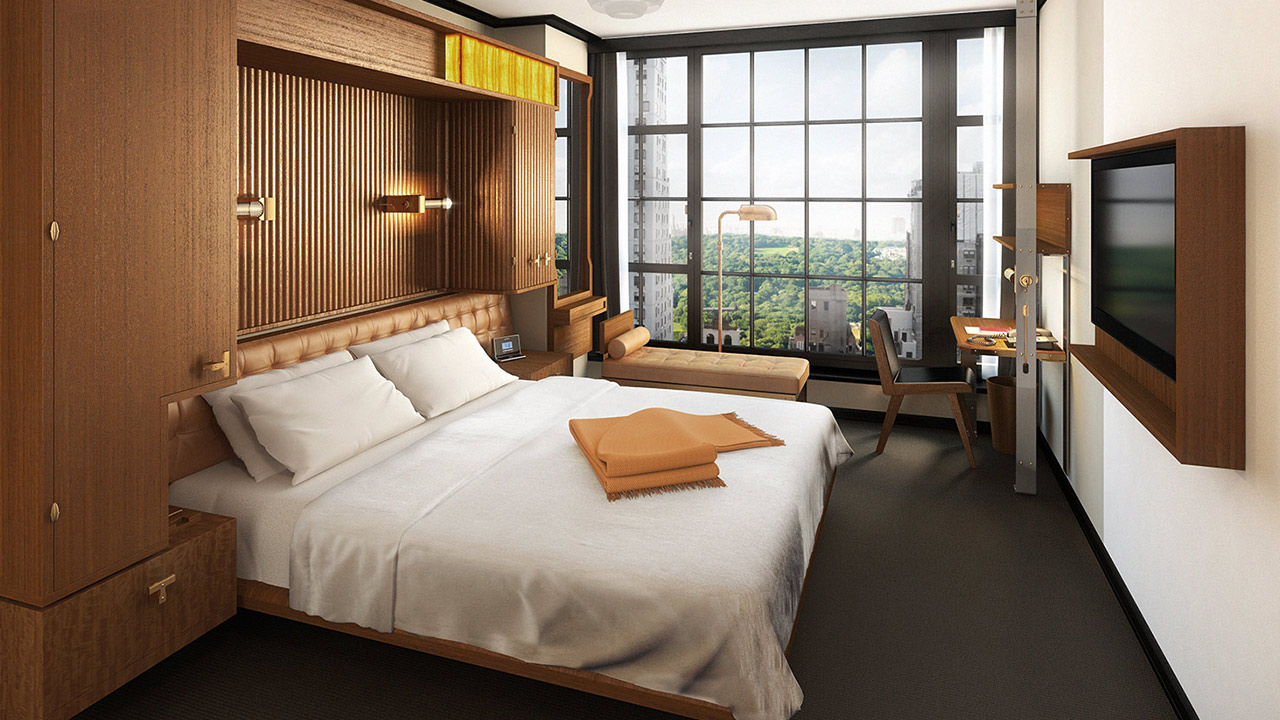 The windows are the room's best features. They open! 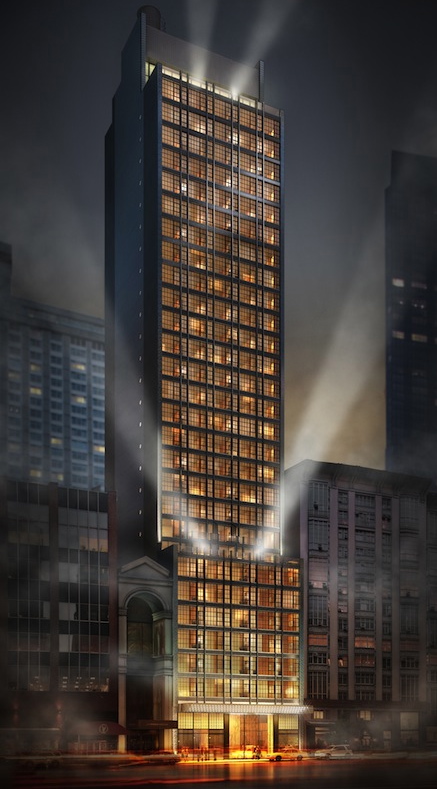 The exterior is not quite this dramatic in real life. 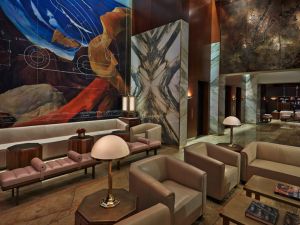 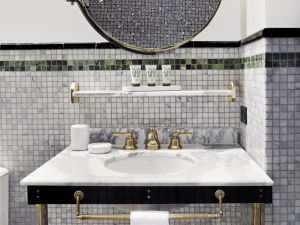 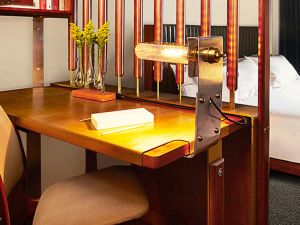 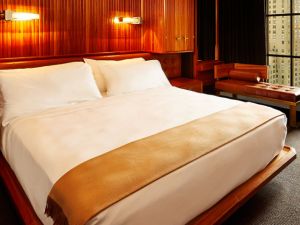 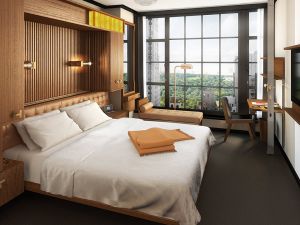 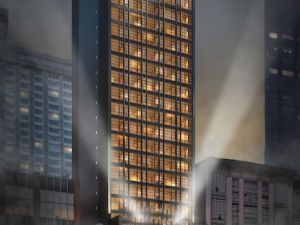 On Wednesday afternoon, the Viceroy New York was officially receiving guests, but much like a lanky 15-year-old, the luxury hotel had not quite achieved the poise her pretty features promised. The lobby bustled rather than hummed and the scent of paint bit into the lightly perfumed air. Still, it was opening day and what pretty features she had—muntined casement windows and glazed black glass bricks, stonework and steel, brass hardware and peekaboo portholes.

The Vicecory, a new-construction 29-story, 240-room tower at 120 West 57th, is something of a rarity on the avenue of the oligarchs: a luxury hotel that’s not wedged into the base of a condo tower with the most sweeping views reserved for the masters of the universe in the condos above. True, with room rates starting at $559 a night, the Viceroy may not be for the masses, but her entirety is open to the public, from Kingside, the ground-floor Marc Murphy restaurant to the still-under-construction bar perched on the roof.

The Viceroy will also be the odd one out among the luxury towers of 57th Street for yet another reason: unlike the darkened glass buildings all around her, most of her windows will be lit up at night.

Still, the new hotel does share more than a few characteristics with her neighbors along the billionaire’s belt. Most notably, an attempt to straddle the worlds of uptown and downtown, to communicate luxury without coming off as stiff or stuffy.

“We were trying to create an uptown oasis with a downtown vibe,” Viceroy CEO Bill Walshe told The Observer. “People have been saying that it feels more like Soho than Central Park.”

But of course, the Viceroy wants to have it both ways: Soho with a killer view of Central Park, new construction with a mid-century aesthetic, masonry with a soaring glass facade. For the most part, the hotel succeeds, which is perhaps why American Realty Capital New York Recovery eagerly swooped in to take over ownership of the building for $148.5 million less than a month before the opening yesterday.

Nonetheless, the hotel will soon have plenty of competition for high-end guests: from the Park Hyatt coming to the bottom of the almost right-across the street One57, Barry Sternlight’s five-star hotel in the base of the Baccarat tower and his 1 Hotel. And then there’s the Quin, a renovated luxury hotel remade from the 1929 Buckingham Hotel that is expected to open next month.

Mr. Walshe said that Viceroy’s guests tend to be on the younger side: successful 25 to 50-year-olds in the entertainment and media worlds whose parents might have stayed at the Carlyle but who want something a little more modern for themselves.

The rooms have warm wood and leather accents, with brass hardware and bespoke furniture created by the building’s architects and designers, Roman and Williams. But they also have a Dr. Dre Beatbox portable soundsystems and smartphones that multitask as remote controls, room phones and local mobile phones that guests can carry about town with them during their visit. Though the smartphones, unlike the library full of carefully curated books downstairs that guests are free to make off with if they chose, will be charged to the room if a guests take them with them after checkout.

As for the books, Mr. Walshe says that he doesn’t mind. “If the books are not getting stolen, then they’re not the right books. It’s like when you walk into the bathroom and there’s still shampoo after the guest leaves. It means you’re not stocking the right shampoo. Kleptomania is people’s way of saying that they like what you’ve done.”

Perhaps the building’s best feature are its enormous muntined casement windows, which more than make up for its somewhat cramped-feeling corridors. They flood the rooms with light and offer stunning views of the city (Roman and Williams wisely decided to forgo wall art). Best of all, they actually open so that visitors can listen the noise of the street below.

Its strangest? A functional watertower that was somewhat whimsically added to help the building blend in with the neighborhood.