When social network controller, influential Internet cultural personage and expert hoodie wearer when Mark Zuckerberg speaks, we listen. His grip on the personal information of 1 billion Facebook users means everything he says about privacy is examined with a fine tooth comb. Enter “The Zuckerberg Files,” an astonishing online-based archive that contains every public utterance from the man.

Created by scholars at the University of Wisconsin-Milwaukee, the archives reach back to as far as 2004 with his first interview at the Harvard Crimson. It reaches to current day, where the site states that there are more than hundred full-text transcripts and dozens of video interviews. It provides an interesting glimpse of how the Harvard online social network, a.k.a. Thefacebook, has morphed into the dauntingly lucrative powerhouse that it is.

Although it’s aimed at academics (and you’ll need to prove that you’re one of those to gain full access), the Zuckerberg Files was created to analyze the “philosophy of information.” When one of the central parts of monetization is trawling users’ data to package and sell to companies, the issue of privacy is a weighty one.

By gaining a better understanding of how Facebook’s founder and CEO conceives of his own company’s role in the policy and ethical debates surrounding social networking, we will be better suited to critically engage in a dialogue on privacy and Facebook, inform design and policy recommendations, and increase user awareness and literacy.

As the Chronicle of Higher Education notes, Professor Michael Zimmer’s team noticed that Zuck is an uncomfortable public speaker that has a grating voice when listened to for hours. Although it sounds like a punishment at Guantanamo Bay, the students helping him came away with one thing at least: “I have a roomful of students who can do some really good Mark Zuckerberg impersonations.” 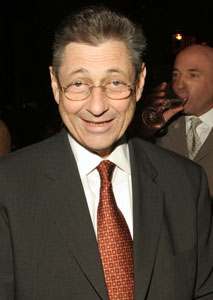