Insiders are talking about Milly Silva and her future with the Democratic Party.

Plucked from relative obscurity, the candidate found arguably a greater degree of it as the ticket mate of a gubernatorial nominee running 30 points behind Gov. Chris Christie.

But the vice president from SEIU Local 1199 still persuaded more than dissuaded observers of her value, and there’s buzz about her future in the event that Buono, as the polls predict, fails in her bid for governor next week.

Speaking on condition of anonymity, two Republican sources said they thought Silva gonged Lt. Gov. Kim Guadagno in the LG candidates’ lone debate, for example. “Did you see that?” one of the GOP sources asked.

Not many people did. It was a Friday night debate and whatever arguments Silva made did little to shake the perception that Christie is cruising.

But a powerful Democrat from Hudson County told PolitickerNJ.com that he sees more statewide potential in the Latina labor leader, possibly as a future chair of the party, although those discussions haven’t yet left the drawing rooms of that county.

Currie is serving a six-month term as party chairman. He is concurrently serving as veteran chairman of the Passaic County Democratic Committee, and his future as a statewide leader may hinge on the results of his county battles next week.

He may not wish to relinquish control of Passaic in order to stand atop the pyramid of chairs, and sources close to the chairman tell PolitickerNJ.com he is very much in Passaic County seek-and-destroy mode right now.

In the event of a Currie departure, he would also leave behind Vice Chair Lizette Delgado-Polanco who, like Silva, is a Latina with labor cred, who might see her own path to the chair of power.

Even if she isn’t the next state chair, Silva has positioned herself for future consideration in the party, the source argued. “She stepped forward and I think, most people would acknowledge, did a good job in difficult circumstances,” the source said.

If the establishment retreats into self-protection mode and laughs off Silva as the Shapiro under Shapiro with no chance of turning the poise and tenacity she showed on the trail to her advantage, sources also talk about Silva emerging as a warpaint-donned leader of the progressive wing of the party.

A Montclair resident, she could materialize among those Democrats animatedly opposed to the re-election next year of powerful Essex County Executive Joe DiVincenzo, maybe even as the candidate against DiVincenzo, one source told PolitickerNJ.com.

“Payback time,” said the source, who noted the Democrat executive’s embrace of Christie, arguably the most glaring visual to hamper the Buono-Silva ticket among establishment Democrats, threatened only by state Sen. Brian P. Stack’s (D-32) Christie adoration and South Jersey’s pragmatic ties to the incumbent Republican.

One Essex insider said he didn’t see her countywide candidacy.

“I think Joe’s going to get a pass because of the way Essex County is set up; it’s a machine,” said the source. “Even if SEIU doesn’t endorse Joe, it wouldn’t endorse anyone else. That’s Essex county politics.

“But anything can happen. I didn’t think Milly would be a good lieutenant governor candidate and she was,” the source added, “although her candidacy didn’t move the needle, which is what would happen if she ran against Joe D. in Essex. She would get swallowed.” 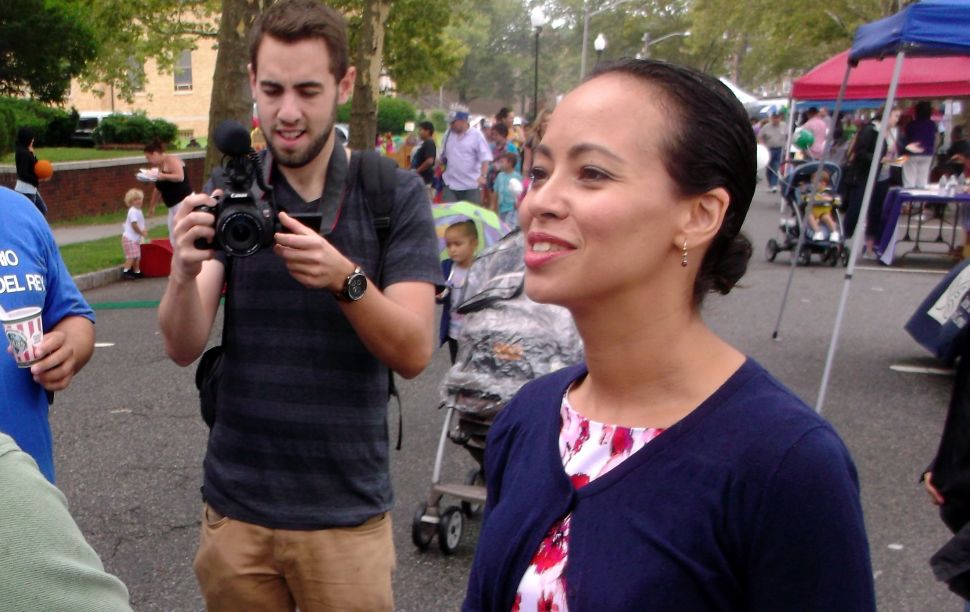