Emerging as a Democratic leader in the 1960s, Adubato rose to political power  through coalition building and deal making at a time when the state’s largest city was burning itself to the ground.

“There were three sides – there was Amiri Baraka on one side, Tony Imperiale on the other side, and Steve Adubato standing on top of a car, saying ‘Listen, there is no right or wrong,'” said Essex County Executive Joe DiVincenzo as he helped to unveil Adubato’s statue on Oct. 28 on the grounds of the North Ward Center, remembering the charged atmosphere in Newark following the 1967 riot. “He said we should work together. He supported Ken Gibson over Hugh Addonizio [for Newark] mayor in 1970. He was the only one. I was so impressed. He stood strong. He was for real.”

Adubato’s willingness to cross racial and party lines helped him to build both his political and nonprofit organizations.

Adubato was elected as North Ward Democratic Organization chairman in 1968 and maintained power as the neighborhood demographically shifted from a predominantly Italian-American to majority Latino population. He used that power after he founded The North Ward Center in 1970 to create a non-profit empire which includes job training, education and recreational opportunities for thousands of Newarkers. The organization was behind the creation of The Robert Treat Academy in 1997, one of New Jersey’s first charter schools, which was awarded with a blue ribbon by the federal Department of Education in 2008. The school opened a second campus in Newark’s Central Ward in 2009.

During the same year, Adubato welcomed Republican governor-elect Chris Christie to the Robert Treat Academy with open arms the day after Christie’s gubernatorial election victory over Gov. Jon Corzine, a relationship that has continued as the governor boosted the growth of charter schools statewide.

Assemblyman Tom Giblin (D-34) said that Adubato’s career offered a lesson on how to build and maintain power on several levels.

“It’s like building a brick wall – one little brick at a time, and it all adds up,” Giblin, a former Essex County Freeholder, said. “A lot of times I’ve seen other types of organizations have mediocre results, but he’s hit all the points that count. As the architect of political campaigns and as someone who has had influence, I think Steve always viewed himself as being the kingmaker instead of the king.”

With Newark Mayor Cory Booker’s ascension to the U.S. Senate, two of the most prominent contenders for the municipal throne were present at the Adubato statue unveiling ceremony on Monday: North Ward Councilman Anibal Ramos Jr. and Shavar Jeffries.

South Ward Councilman and mayoral candidate Ras Baraka, son of the aforementioned Amiri, was not present and declined comment about the event.

But Ramos, a longtime protege of Adubato, felt that his mentor’s credibility will rub off on his candidacy.

“Together, we’ve been able to do a lot of good things in the North Ward,” Ramos said. “We don’t agree on everything, but I have a lot of respect for him. Obviously, as I launched my candidacy for mayor, one of the first individuals I came to talk to was Steve.”

Jeffries has been on both sides of Adubato’s favor over the years, but still saw him as a key factor in the Newark mayoral race.

“Some people agree with him, some people disagree with him, but what you have to acknowledge is that he’s done amazing things for people in our community over a long period of time,” Jeffries said. “Steve is influential in a variety of different communities, and obviously in particular the North Ward. He’ll make his decision about who he’s going to support. But his institutions speak for themselves. I’m just here to respect that.” 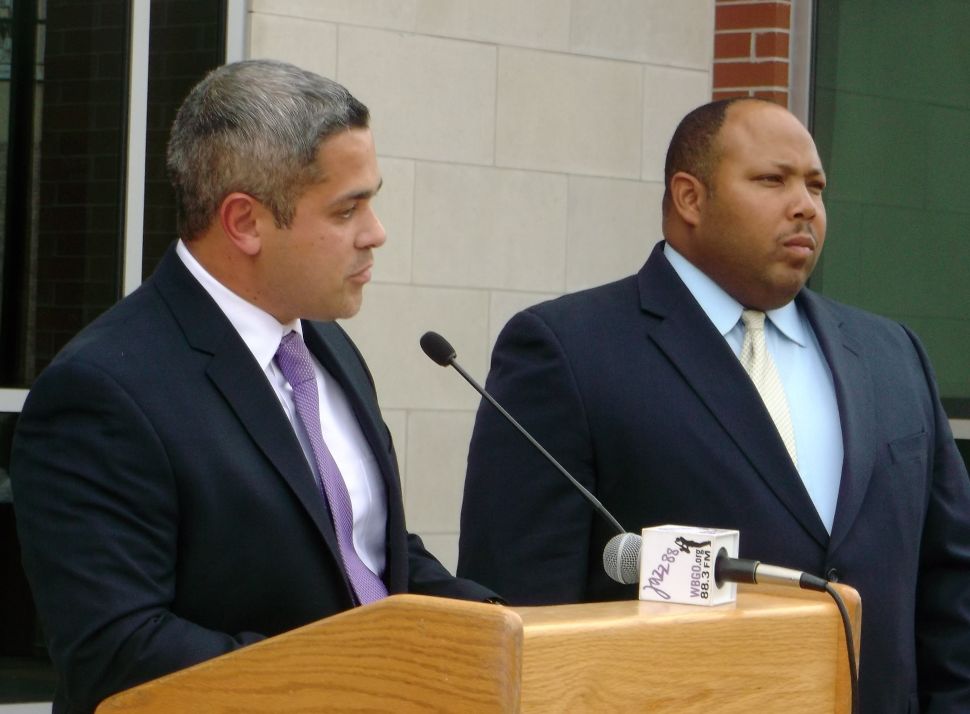