Republican Steve Lonegan has routinely savaged Democrat Cory Booker on the campaign trail for paying more attention to celebrity than duty. He did it again at tonight’s Rowan University debate, but this time Booker was waiting with a rejoinder.

“He’s a Hollywood stand -in for Barack Obama,” Lonegan said.

At another point during the debate, the Republican lambasted the Newark mayor for going on Jimmy Kimmel’s late night talk show to brag about the great job he’s doing in Newark while a child was shot on the city’s mean streets.

Booker suggested that Lonegan, who has tried to play the adult in the race as a counter measure to Booker’s child prince, is actually the entertainer in search of a gig.

Moments later, however, when Booker once again tried to burnish his “Republican-Democratic partnership” with Gov. Chris Christie, Lonegan threw up an elbow.

The two men threw their hardest barbs down the stretch of the debate, when Lonegan invoked a street person Booker said he knew in Newark. Others have questioned whether the mayor actually knew the man in question or invented him as a type to tell stories about his local experiences.

Disciplined in his case against a “Tea Party extremist,” Booker slapped at Lonegan after the Republican talked about scrapping the Enviornmental Protection Agency.

“Mayor Booker’s vision of Newark is about as real as T-Bone,” Lonegan said. “You may not be able to swim in that river because of all the bodies floating from all the shootings. …Your idea of working together is to call people extremists.”

“This is what he thinks of our cities,” Booker said. “How insulting is that to the people in Newark and people working together. …A lack of judgement is talking about floating bodies in my city.” 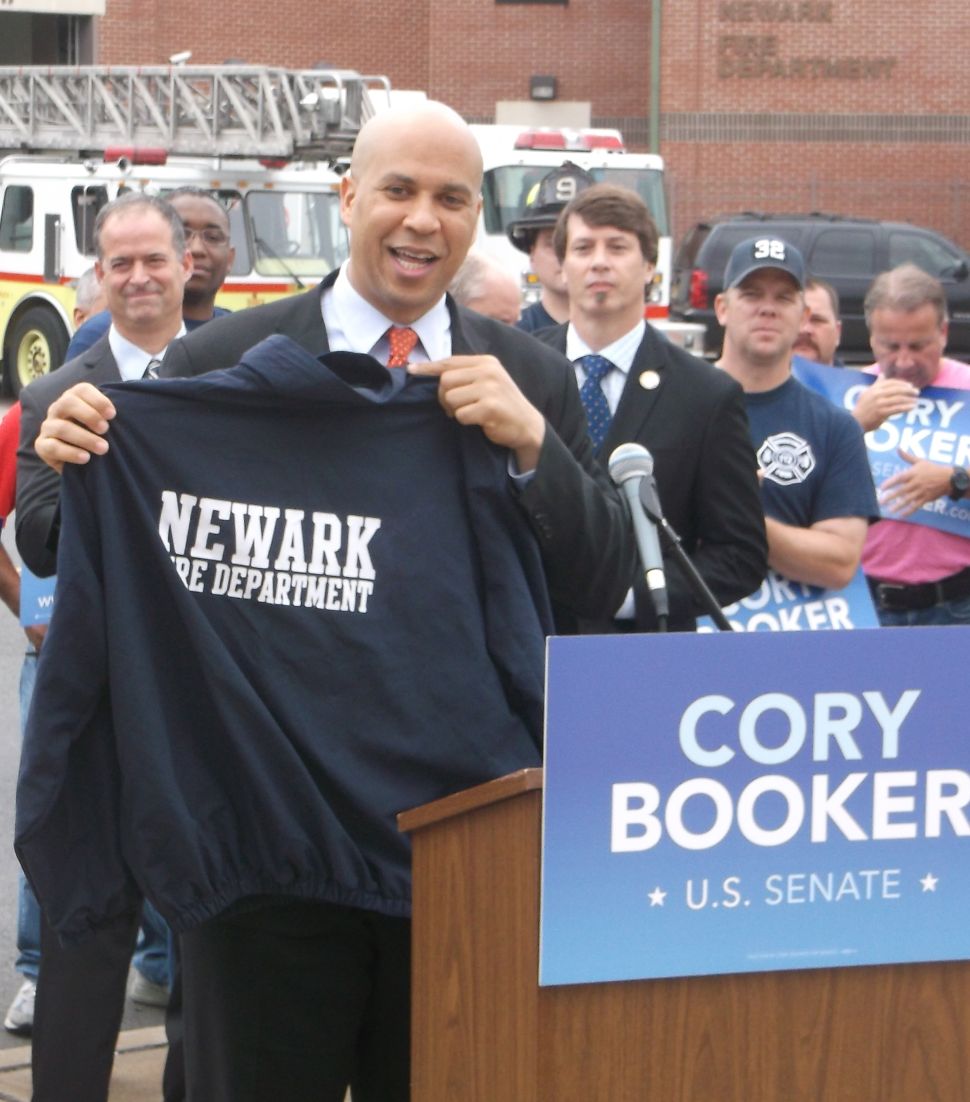