There are few winners coming out of last night’s epic – and some would say catastrophic –  showdown between the president and the Republican controlled House of Representatives.

After all, 800,000 people are out of work this morning, hundreds of programs encompassing billions of dollars are at risk, at least temporarily, and our government this morning reeks of dysfunction.

But to the extent that anyone wins when the trains stop running, New Jersey’s governor walks away from this with a big W.

Let’s look at the facts.

Christie has gotten a lot of traction in three years attacking the status quo.  He has smacked the president when it suited him politically and played boardwalk Skee-ball with him when goodwill was necessary.

But some of his biggest political hits have come in the form of one-sided jousts with members of his own party, namely Speaker of the House John Boehner and House Majority Leader Eric Cantor.

Each man felt the sting of Christie’s wrath in subsequent hurricane seasons, Cantor when he tried to offset Hurricane Irene aid with spending cuts and Boehner when he blocked a vote in the House on Sandy relief money.

Both tirades earned the governor the thanks of New Jerseyans while boosting his cred as a “different kind of politician” on a national scale.

Christie is revisiting that success this week as he upbraids both parties for their lack of leadership in allowing the shutdown.

“I think everybody’s handled it poorly,” Christie said during an event in Red Bank Monday. “I told my staff today: If I were down there, I would say, ‘Listen, we’ve got seven hours to go. Guess where you’re spending the next seven hours? Right here in the Roosevelt Room. We’re not leaving until we get a solution to this problem.”

And it’s no coincidence that as Christie trash talks the shutdown, some of his closest competitors should he run for president in 2016 are lawmakers – think Sen. Ted Cruz (R-TX), Sen. Marco Rubio (R-FL) and Sen. Rand Paul (R-KY) – at the heart of the feud in Washington.

It’s also no coincidence that this morning the governor launched a new television ad – ostensibly to aid in his reelection bid – entitled “Bipartisan.”  The ad is described in a release as “(d)rawing a sharp contrast between Governor Christie’s bipartisan accomplishments and effective leadership with the gridlock and dysfunction of Trenton before his arrival,” but it’s hardly a quantum leap to draw that same comparison with the dysfunction playing out in Washington.

“Everything we’ve done has been a bipartisan accomplishment,” Christie says in the ad. “It’s my job to make sure that that compromise happens.  You see, as long as you stick to your principles compromise isn’t a dirty word.”

Imagine that spot as he slams Cruz for grinding the government to a halt rather than taking his lead and finding a way to compromise.

“This is a positive for the governor by virtue of his not being a creature of Washington,” said one GOP insider who asked to remain anonymous.  “Clearly he is a guy with a record of accomplishments – bipartisan accomplishments – and it won’t be easy for the Washington folks to say the same.”

And while nobody is ready to channel their inner Steve Sweeney and say the governor is praying for the shutdown to affect Sandy recovery, god help Washington if relief money gets caught up in the gridlock.

What’s equally impressive is that people care what Christie has to say.  No other governor in the country is garnering as much attention for his opinion on the shutdown as the at-times-caustic New Jerseyan.

Some would say his comments on the feud are irrelevant.  If you believe that, go Google “Christie shutdown.”

As a Republican governor in a Blue State, Christie could have the unique ability to don the mantel of consummate D.C. outsider – particularly when running against the likes of Cruz, Rubio and Paul – and attack the establishment for its hyper partisanship while highlighting his own bipartisan victories, a pretty powerful campaign message, whether he’s running against Barbara Buono in New Jersey or as a “moderate” in a crowded 2016 GOP field.

But lest you think that Christie has suddenly become a member in waiting of the Tuesday Group, understand that Christie is no dummy.  Read through his comments and you’ll find no mention of Cruz, Rubio or Paul, or any Republican for that matter.

While he’s unafraid to go after the president by name, the governor and his handlers know that at least at this moment, the right flank of the party ain’t to be trifled with, particularly when he’ll likely be courting their every vote a short three years from now.

But for Christie, swatting the shutdown and not its architects is enough to give him the W. 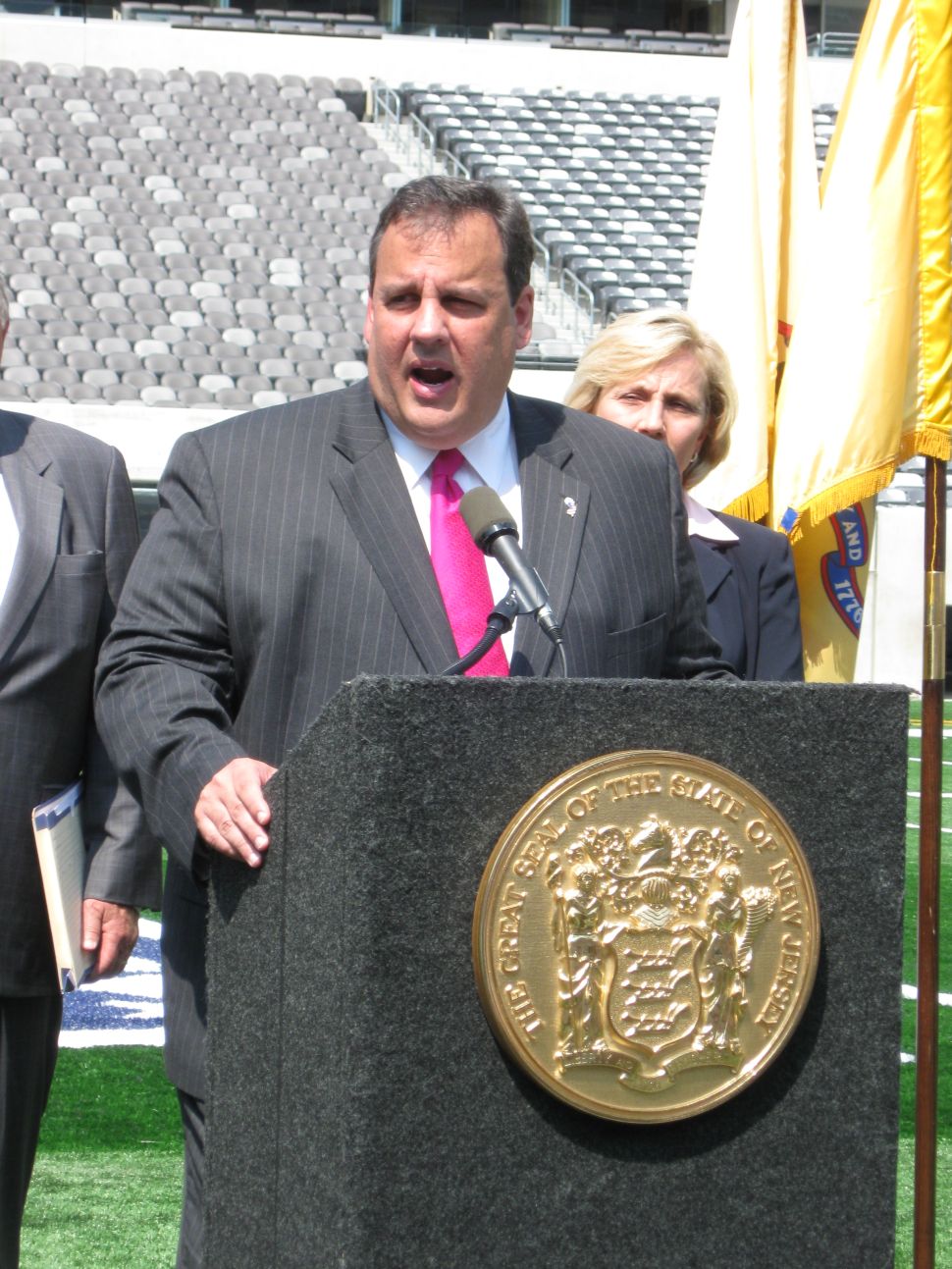