If they didn’t take their chances this year when they had a free shot, the GOP congressional delegation won’t run in 2014 when the full six-year U.S. Senate term is in play.

But one – or more than one – of these Republicans might…

The ambitious assemblyman from Morris County has been pawing at the turf for some time, and almost ran this time. Comfortable in a suit, un-intimated by boardrooms, but delighted to stand at an outdoor rally in the shadows of any city hall with just enough glint in the eye to please the hard right, it’s hard to imagine him resisting a chance to capitalize on Lonegan’s gains. It’s difficult to imagine a Shaftan incident emerging from his shop, and there wouldn’t be a Palin human cannonball shot late on the campaign trail. But it was Webber, remember, who mounted the stage and delivered the requisite Revolutionary War-imagery laden speech on Lonegan’s behalf at the Morristown Green the night before Election Day.

The West Jersey darling of movement conservatism, Doherty’s been eyeing statewide dimensions for years, so long, in fact, that at this point he will likely have to have not one, but several, serious conversations with Webber before he decides what to do. Of course, he and longtime ally Lonegan will have to figure out who of the two of them will run. A litmus test true believer from the mountain man reaches of the state, Doherty is also a graduate of West Point and a proud Army veteran with sons in uniform. And a fearless campaigner.

Everyone else is a frontrunner until you inevitably boil it down to that essential ingredient: money. The owner of the New York Jets has it – to burn – is close to Gov. Chris Christie, and has hovered now for a good five years at the edge of making a U.S. Senate run.

Outspent, outgunned and outnumbered, Lonegan’s campaign was the equivalent of Pickett’s charge at Gettysburg for some movement conservatives here. Lonegan has told allies he won’t run next year, but they also concede that someone can always change his mind – and there is a hard won respect for Lonegan based on how he performed against Booker.

Close to Christie’s political brain trust, the smart and politically savvy Assembly minority leader has built statewide contacts and shown himself to be the consummate party player. A moderate, he would have to worry about a potentially bloody primary that could deplete him even before he gets a shot at Booker, an exercise he would handle with a substantially more nuanced touch than did Lonegan. Have doubts about Lonegan’s inability to crossover in Bramnickworld? Here’s an interesting unofficial nugget from last night: Westfield, Bramnick’s and Senate Minority Leader Tom Kean’s (R-21) hometown, scored 3,539 votes for Booker, compared to 2,641 for Lonegan, who began his week campaigning at the Westfield Train Station. Booker also won in Summit and Scotch Plains.

The Democrats were looking at Menendez 2006 models in the closing hours of the campaign, so why not, Kean must be asking himself, employ a smarter, wiser and revamped version of the Kean model that came within nine points of Menendez? Kean’s much scorned effort – it should be recalled – came at the height of Bush backlash.  Unofficially, Lonegan last night beat Booker by ten points each in suburban Monmouth and Somerset, classically establishment-dominant Republican counties. If Kean can shore up his rightward flank with anybody-but-Cory enthusiasm, he is capable of performing better in those moderate strongholds where polling showed Lonegan had trouble sustaining support.

We hear the stories about how she’s happy now and settled down and delighted to be one of 40 elite lawmakers in the upper house of the state Legislature. But people who have been around awhile can’t forget Beck’s sharp elbowed history as a campaigner. Her 2007 dismantling of Ellen Karcher still produces high fives in Monmouth County on Red Bank barstools. She’s a moderate, so like Kean and Bramnick and, we assume, Johnson, she’d have to be careful about getting devoured in the GOP Primary; and it may be hard for her to get motivated to run against Booker, who is laboring to cast himself as a transcendent figure with active suburban support radar.

The personal story and money make it impossible to overlook the Princeton businessman, who’s been quiet lately but who is just the kind of cop’s son turned Tom Clancy armed forces hero who could nail down the party establishment, then march into towns in Middlesex – and his native Bergen – with some fledgling star power. He’s not clawing to get into Hollywood, either – they already made the movie about him.

He learned the statewide game in his run last year against Menendez, and may have that nagging sense of what if. The charming Booker could prove a tougher foe for Kyrillos, whose elegance and deft touch provided at least a good starting stylistic contrast point to the hammer-holding Menendez.

Quietly going about his clerical duties in Burlington County, the reverend pastor and former freeholder remains curious about the wider circles of political power and active in the GOP organization that nursed him. He still has that gnawing discomfort with losing in 2008 and may be looking for payback time in the form of Obama surrogate Booker. 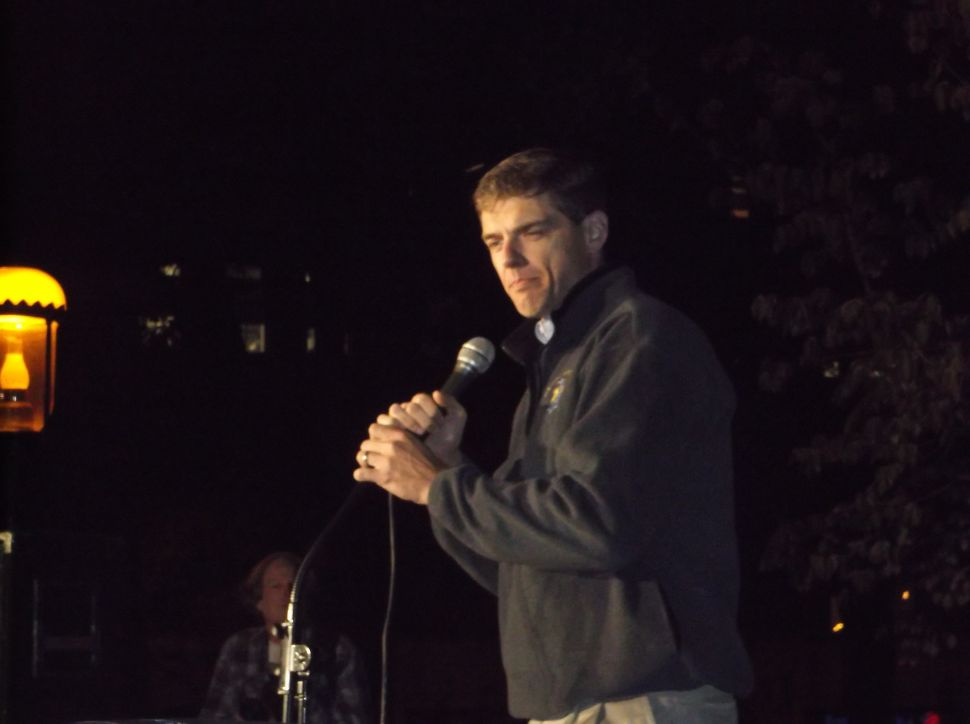