Christie’s proudly Machiavellian campaign fundraiser announced that the governor’s campaign this week maxed out for the $8.2 million in state matching funds.

The classy clerk from Essex County gave a jaw-dropping speech about America to his supporters at a Nanina’s in the Park fundraiser on Wednesday night, and once again embodied the near-impossible with his delicate juggling of egos Joe DiVincenzo and Dick Codey.

Sacco used to watch Joe D. play football, but the Hudson County brand name from North Bergen was the one doing an endzone dance tonight as party leaders shook on his choice for speaker of the General Assembly.

The Hudson County Democratic Chairman (HCDO) presided over a Casino in the Park HCDO dinner that joined all the disparate personalities of the county. Picture the cantina scene in Star Wars. Now picture it organized. That’s what the Casino looked like this week. Add in Prieto’s support for the speakership from key party power players and it was indisputably a good week for the 32nd District assemblyman.

The inevitability factor seems to be kicking in for those in favor of gay marriage in New Jersey.  The Mercer County Judge, Mary Jacobson, rejected the state’s bid to stay her ruling, and even though the state is going over her head with appeals, it seems as if the gay marriage forces believe they can win in the courts what they lost to the governor’s veto pen.

Tossed out of leadership in 2009 with the aid of home county antagonists, the former governor can salvage some measure of payback comfort from the sight of Essex County on its side like a slain mastodon under the leadership of his archrival, Essex County Executive Joe DiVincenzo.

He says he’ll emerge as the winner when all this is over, but other Democratic leaders negotiated around him this time as they left the mighty Essex out in the cold and elevated Hudson.

She’s rogue now, and willing to go down fighting. The problem for Oliver is that the insurrectionists who tried to topple her last time don’t want to hear a speech about guerrilla warfare from the women Joe D. put in the chair of power.

Lonegan went with Palin instead of O’Donnell for that final wild-eyed campaign shot. That’s tomorrow, by the way, Saturday. They’re even going to have a petting zoo, complete with grizzly bear.

If Barkley had come to campaign with Christie, there would have at least been a press conference. Instead, Jersey’s own human dunking machine showed up with a grab bag of Shaq-sized soundbites. Meanwhile, it’s been more than three weeks since Gov. Chris Christie held his last press availability despite holding more than 30 public appearances since his last availability. The Big Aristotle? Aristotle is turning over in his grave right now. 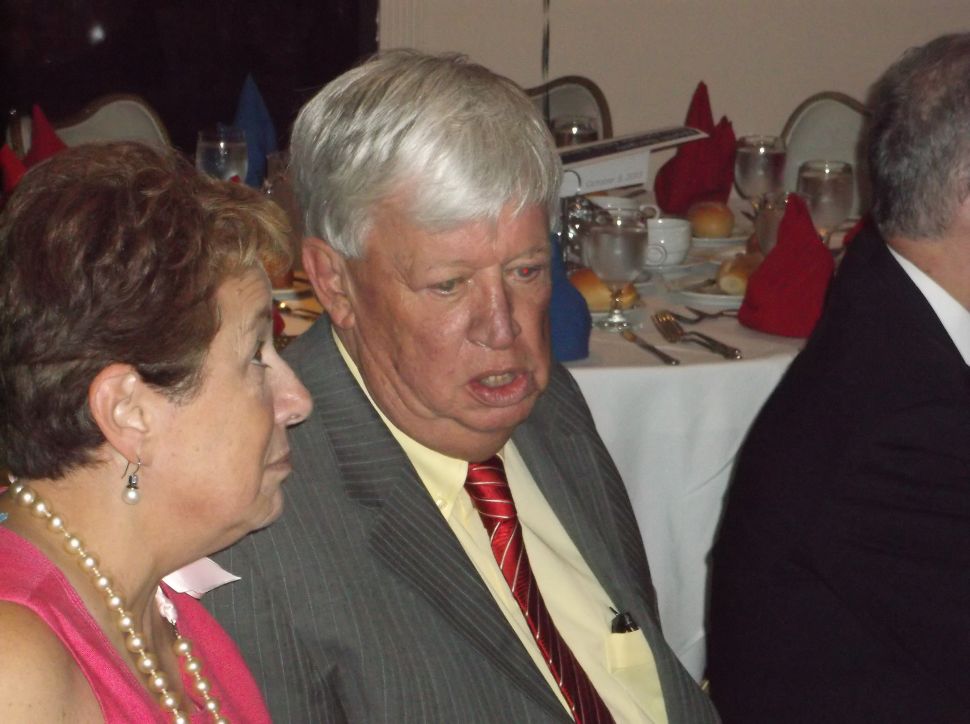